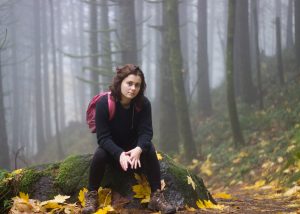 McLuhan, in his time, defined the spaces, including oral space, visual space, and electronic space. The spaces are defined by the primary way in which humans receive and send information in the world. McLuhan states that each of these spaces also have specific connotations due to the spaces they occupy, thus the medium, the space, becomes the message. The social and cultural changes which come from the space cannot be separated from the works which occupy those spaces (McLuhan).

The internet has a few main affordance that are not available otherwise. First, the internet allows the combination oral and visual space to become commonplace. The digital space allows for widespread creation and sharing of time based art on platforms such as Vimeo and Youtube. This was available previously in film, however, the digital age has allowed creation and sharing of time based media to become more accessible and popular. In addition, the digital space allows for interactivity, on pages and between pages. The internet gives way for people to click, download, remix, and edit. We are living in an open source culture, where everything is built upon and rapid change is made everyday.

Noam Chomsky, revered linguist, believed that grammar is innate in each of us. This knowledge of grammar allows us to learn languages. Other linguists were highly skeptical of this theory. In a recent study done by the New York University, scientists discovered that the brain responded differently to sentences than they did to lists of words when spoken in different languages (Dovey). According to Chomsky, the understanding of grammar and syntax is part of our biology, just as much as is walking, or the fight or flight instinct. With this understanding of grammar, we are able to communicate fluently in our given languages.

This innate understanding of grammar is applied to all languages, verbal, visual, gestural, and oral. We understand a series if sequences in a code in relation to the syntax if the language. Our mutual understanding of a language is due to the fact that language is reflective and defining of concrete truths within our world. The relation between word, thought, and objects is established in the semantic triangle. All language is rooted in the objects, or subjects within the world. The second step to language is the thought, or intention. Lastly, comes the word itself (“Business Communication for Success”). It is the reader, viewer, and/or listeners job to receive, understand, and process what is being communicated.

Language evolves, the objects stay the same. Language is forever shifting and mutating. Word means change based upon fads and popular culture. Language can be gestural, oral, visual, and/or written (“Business Communication for Success”). However, language follows the innate grammar that Chomsky theorized in the 60’s, as well as the semantic triangle which dictates computation from object, to thought, to the expression of those thoughts as gestures, sounds, or symbols. Language is what separates humans from animals. Language has allowed humans to evolve into the global society which exists today (Fitch 1).

Theme by Anders Norén — Up ↑