The evolution of TECHNOLOGY has brought amazing developments in the LANGUAGE of FILM and visual storytelling. 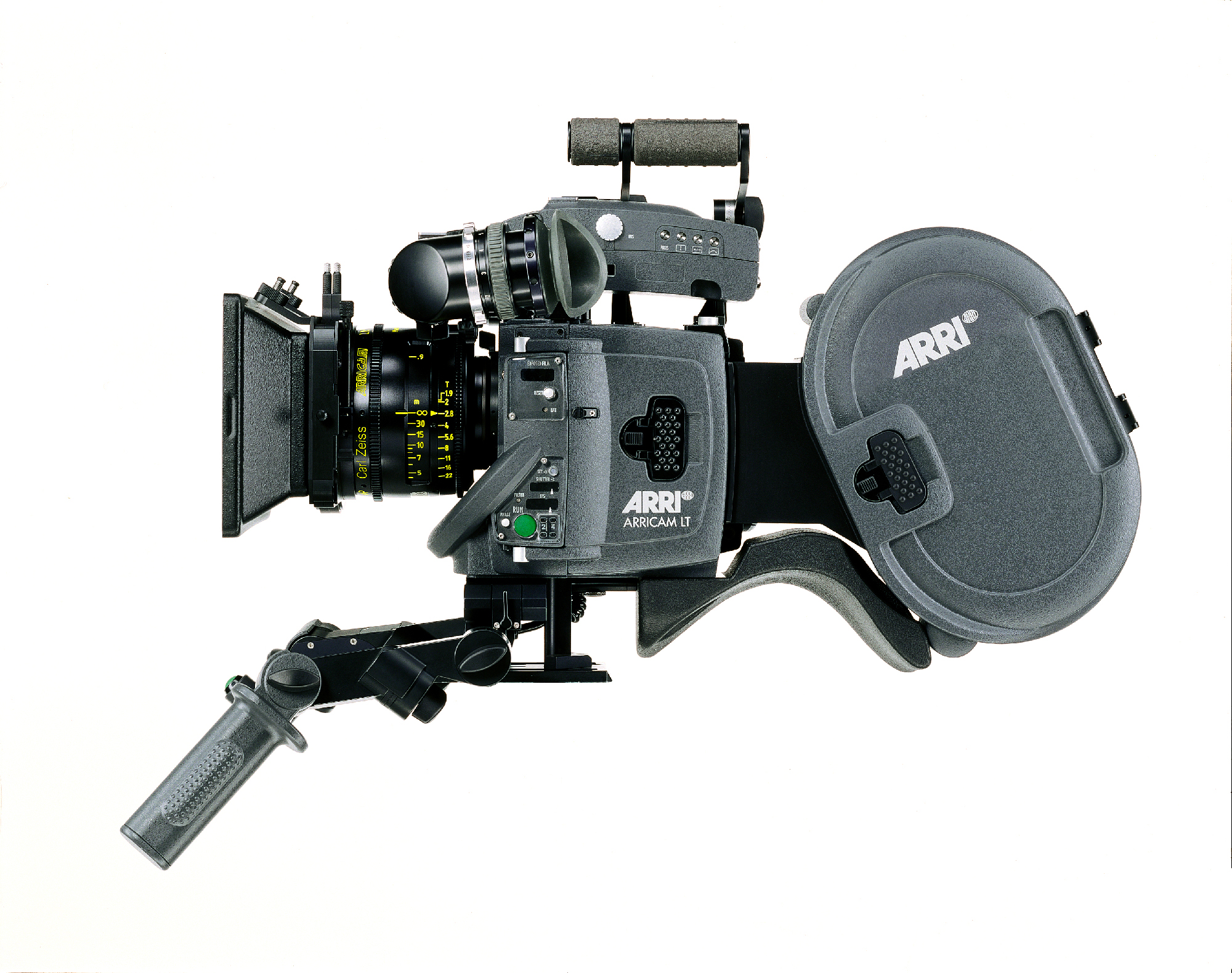 In 1892, Thomas Edison and William Kennedy Dickson invented the Kinetograph, which was the first motion picture camera ever made. Storytellers began to ponder how motion pictures could be used to tell continuous stories. The Great Train
Robbery (1903) is regarded as a very important film, as director Edwin S. Porter was able to create a cohesive narrative with camera and editing techniques, laying a
foundation for film language. 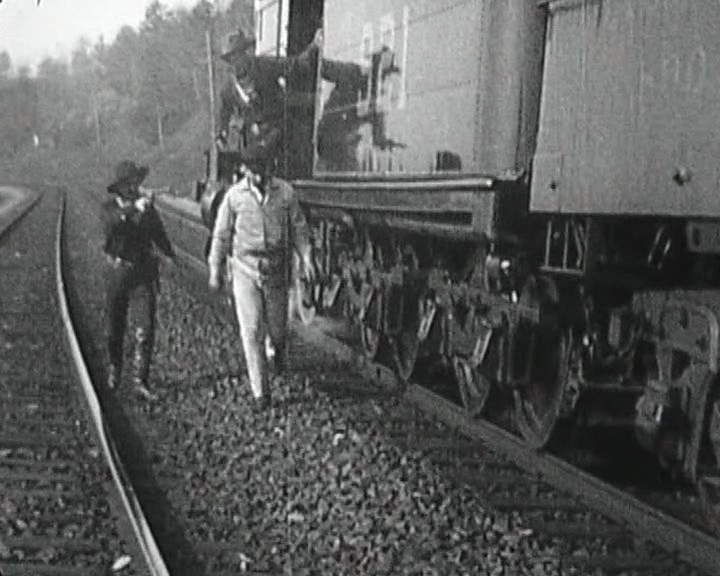 As cameras evolved, storytellers began to take advantage of the new technology available to them, creating a visual language for an audience to follow a narrative.

As sound became implemented in motion pictures, it opened new doors to not only different storytelling techniques, but entirely new types of stories. Gangster movies became popular, as the technology allowed filmmakers to include the accents and sounds most commonly associated with gangster environments. Comedies were given another layer of complexity through sounds, as sound effects and dialogue could be used for comical purposes. One of the most noteworthy genres to emerge from the inclusion of sound was the musical; yet another reason The Jazz Singer is an achievement in the history of motion pictures. 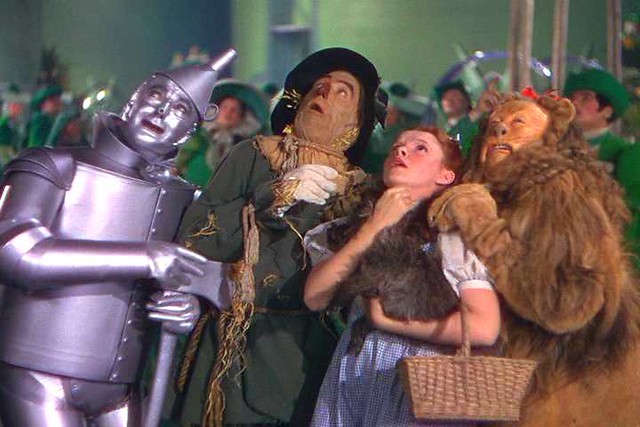 Cinema was again revolutionized in 1932, when Technicolor introduced the three color camera.

This allowed visual stories to be told in color, with films such as The Wizard of Oz and Gone With The Wind both utilizing the Technicolor system and releasing in 1939. As this technology became common, there were efforts being made to further the power of visual storytelling by means of computer graphics and special effects, which became popular in the 1980’s.

This was a monumental achievement not only for its graphics technology, but because it was created with a constrained budget and a small team (Semlyen). When the film was created, the team recognized that the medium was restricted, and decided to create a story that used that as an advantage by creating toys that complemented the capabilities of the technology, as stated in  “Technology and The Evolution of Storytelling” by John Lasseter, one of the founding fathers of Pixar. He goes on to explain that the movie is still popular today because they focused on the story and hiding the technology, rather than pushing the limits of technology and risking a messy film that could deteriorate over time.

As technology advanced, film became more than just a tool for visuals— it became its own language of storytelling.

Just as written language has its own rules (sentence structure, synonyms, compound words), film developed its own set of rules. The medium of visual storytelling through a motion picture gives the creator a unique way to communicate their story, giving them techniques that will ensure that the message is communicated clearly. Shot types (medium, close-up, etc), camera movement, composition within the frame, sound, lighting, and the editing of the final product are all rules to consider when constructing a movie (Film Education). 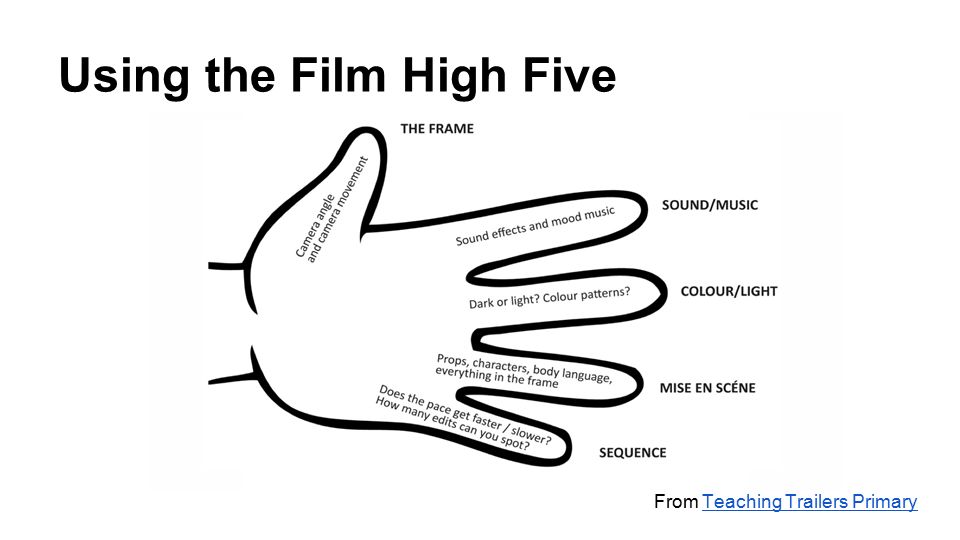 The Film High Five is a guide for visual storytelling. Found at https://slideplayer.com/slide/8747157/

Technological advancements gave filmmakers the language parameters they have today, allowing them to use different variables that developed over the last 70 years to tell their stories.

Color has the power to influence a film’s tone greatly; comparing Zack Snyder’s dark, muted color palette to Wes Anderson’s bright colors accompanied by high key contrast (a lighting method most commonly used in sitcoms and light hearted films) shows that color can determine how the viewer feels. Technicolor was the first step in this, which spurred an effort to find new ways to get a higher range of colors in motion pictures.

The development of colored motion pictures has not disregarded the importance of older storytelling techniques that were made possible without color. Directors still do practice black and white film making, with some of the most recent Oscar nominees (Roma and Cold War) being black and white films (Oscars.org). There is power in films that focus solely on contrast of a gray scale, composition, and characters. The evolution of film language has allowed filmmakers to reinvent black and white films by using new tools and new film language to tell a story using old methods of showing a story to an audience. 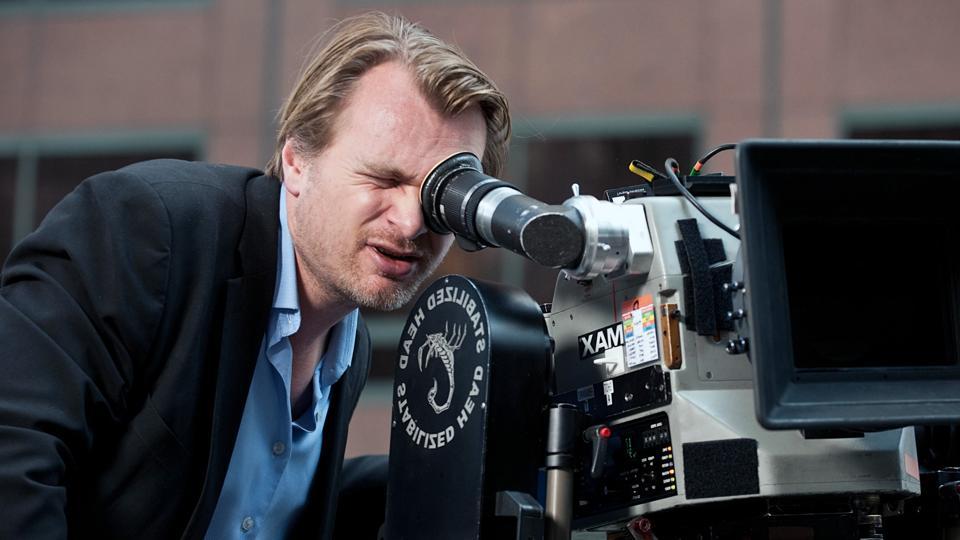 Tom Barrance states in his article “Telling Your Story: Film Language for Beginner Filmmakers” that sound is also a huge player in cinema now, which shows how far technology has come since Edison first invented the phonograph.

The Director of The Dark Knight, Christopher Nolan, uses sound in various ways to tell his visual stories.

Dunkirk has barely any dialogue, but is filled with sound from start to finish; powerful gunshots, explosions, yelling, roaring planes, and a score that complements the movie perfectly are all ways that the viewer can now immerse themselves in a world being shown on a screen.

While Dunkirk has very powerful noises, it also has very powerful silence. Watching someone walk down a dangerous street in silence creates a sense of peril that no sound could accomplish; although the viewer hears nothing, the impending doom of the character out in the open with snipers watching him closely is a form of powerful storytelling without sound. However, sound being present in most of the film is what makes the viewer uncomfortable that there is not sound, therefore further showing how effective the implementation of sound in film has been.

It is an understatement to say that film making and the technology that makes it possible has come a long way since Thomas Edison and William Kennedy Dickson’s invention of the kinetograph in 1892.

In just over a century, technology has advanced to unimaginable heights, taking motion pictures from silent black and white stories, to full color and full sound visual epics. As motion pictures advanced, the focus widened from only technology to the creation of a new language: film language. Storytellers have found that they can use sound, color, camera angles, shot distances and more to create a sense of continuity, taking what The Great Train Robbery started to an entirely new level. With new technology being invented every day, it is very possible that motion pictures will be redefined in the next century, only creating new avenues for language and technology in film.

Sklar, Robert, and David A. Cook. “History of the Motion Picture.” Encyclopædia Britannica,

lm-imax. Image from article was used.

“Continuity: Shoot and Edit so Your Movie Makes Sense.” Learn about Film, Learnaboutfilm

Theme by Anders Norén — Up ↑