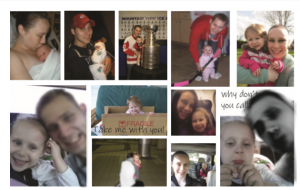 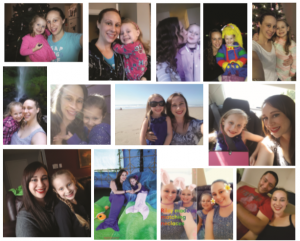 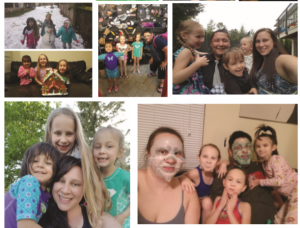 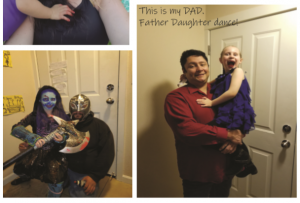 I created this visual narrative in illustrator and saved it as a PDF but the file size was too large so I had to take individual pictures of my story. This story is a very important one for my 10 year old as it is the story of how she found her Dad. When she was a year and a half, her biological father decided to move across the US. Since then he has repeatedly distanced himself from her, despite my attempts to keep him around. Over 8 years he has chosen not to be in her life and does not keep any contact even though she has had her own cell phone since she was 6 just for that purpose. For the past 4 years I have been with my boyfriend who has taken over the father role and according to my daughter, he is her real DAD.