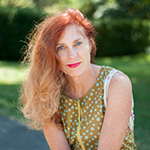 Dene Grigar is Director of the Electronic Literature Lab. She also serves as the Director of the Creative Media & Digital Technology Program at Washington State University Vancouver, with research focusing on the creation, curation, preservation, and criticism of Electronic Literature, specifically building multimedial environments and experiences for live performance, installations, and curated spaces; desktop computers; and mobile media devices. She has authored 14 media works, such as Curlew (with Greg Philbrook, 2014), “A Villager’s Tale” (with Brett Oppegaard, 2011), the “24-Hour Micro-Elit Project” (2009), When Ghosts Will Die (with Steve Gibson, 2005), “Fallow Field: A Story in Two Parts” (2004), and “The Jungfrau Tapes: A Conversation with Diana Slattery about The Glide Project” (2004), as well as four scholarly books and over 50 articles. She also curates exhibits of electronic literature and media art, mounting shows at the Library of Congress and for the Modern Language Association, among other venues. She serves as Associate Editor for Leonardo Reviews and President of the Electronic Literature Organization from 2013-2019. Her website is located at http://nouspace.net/dene. 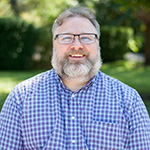 Nicholas Schiller is the Associate Director of the Electronic Literature Lab and a member of the library faculty at Washington State University Vancouver. He is also on faculty with the Creative Media & Digital Culture program where he teaches information structure and leads workshops on search engine optimization. He has published and presented on a variety of topics including current efforts to preserve and archive early works of electronic literature, metaphor and structure in information literacy instruction, and learning in video games as a model for library instruction. He is a previous contributor to the ACRL Tech-Connect blog. He is teaching a course in born digital documentation at the 2018 Digital Humanities Summer Institute in Victoria, B.C. 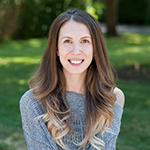 Holly Slocum is the Project Manager for the Electronic Literature Lab. She completed her B.A. in Digital Technology and Culture with a minor in Communications. Holly has training in front-end web development and content creation. Recently, she has contributed her expertise to the reconstitution of Deena Larsen’s hypertext kanji-ku poems and the journal frAme, published by trAce Online Writing Centre, 1999-2001.  Her other recent projects include the design and development of The Digital Review journal and development of interactive modules for the OER DTC 101 textbook. 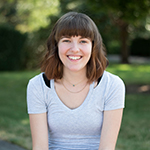 Kathleen Zoller is an Undergraduate Researcher working in the Electronic Literature Lab who is pursuing a B.A. in Digital Technology and Culture. Her focus is digital animation and she gained much experience working with multimedia book development on the Scalar platform when she produced The Progressive Dinner Party Restored. She has also gained expertise with Rhizome’s Webrecorder and used the system for restoring access to Annie Grosshans’ The World Is Not Done Yet. 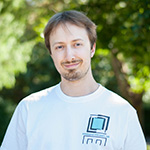 Greg Philbrook is a graduate of the Creative Media & Digital Culture Program and now works as the program’s technical and instructional technician. In this position, he manages the program’s computer labs and web server, heads student workshops, and collaborates with faculty on numerous projects. As a developer, he has built both the preservation catalog for the Electronic Literature Lab and the program’s inventory system, worked with Dene Grigar on “Curlew,” and created the interface for “Sound Spheres” with John Barber. He has also served as the technical support at exhibits curated by Dene at the Library of Congress, Electronic Literature Organization conferences, and Digital Humanities Summer Institute.

The Electronic Literature Lab welcomes two Electronic Literature Organization (ELO) Fellows in 2019-2020. Both researchers will work under the mentorship of Dr. Dene Grigar to document works of electronic literature featured in the lab’s Traversal events in the organization’s scholarly ELD and in Wikipedia. Both are funded by Grigar in support of the lab. 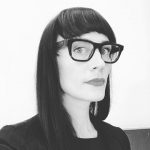 Julia Polyck-O’Neill is a Canadian artist, curator, critic, and writer. She is a SSHRC-funded doctoral candidate in Brock University’s Interdisciplinary Humanities program. She teaches in art history and contemporary visual culture, and from 2017-18 was a visiting lecturer and scholar in the Obama Institute for transnational American Studies at Johannes Gutenberg University in Mainz, Germany. She is also an award-winning emerging scholar in digital humanities, where she focuses on digital art history and visual culture. 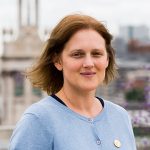 Dr. Amy Spencer is a post-doctoral research assistant at Bath Spa University in the UK. She has an MA in English from King’s College London and a PhD from Goldsmiths, University of London, where her research focused on understanding the process of collaborative authorship in digital writing. She recently worked at UWE Bristol as a post-doctoral research fellow as part of the Ambient Literature Research Project and her current research address the affordance of mobile technologies for telling stories. Amy writes both fiction and non-fiction and is the author of DIY: The Rise of Lo-Fi Culture.