Line 2 c of the definition of net.art created by Natalie Bookchin & Alexei Shulgin describes net.art as:

This single line in the definition of net.art could be extended to include many different types of electronic literature.

The non-linear nature and aspects of variability enabled by electronic literature allow for the deconstruction of structures that are used to signal meaning in other types of media. A typical movie will follow a paradigm, a structure that signals to the viewer when certain aspects of the story are important and why. The viewer knows they will first be met by an exposition, and they expect a resolution at the end, with interest and conflict in between. Many movie critiques center around whether a movie met this structure, and if it signaled what aspects of the story the viewer should take notice of by using structure. Electronic literature often makes no attempts at helping the viewer make sense of the content. The unsatisfying nature of many pieces of E-lit is what spurns the reader forwards in the story, making the consumer work for the meaning the author has embedded in the work, rather than presenting the meaning in a structure the viewer is familiar with.

Grammatron is an example of net.art that makes no effort for the reader to make sense of or even be comfortable with the piece. Grammatron refers to itself as a writing machine, introduces a creature, an image of a nosferatu-esque face covered in text, mentions the concept of gender, and displays text that creates the illusion of self-awareness. An eery audio files appears in a popup upon beginning the traversal, and the aspects of the piece, the writing machine, the creature, and self-awareness, are gradually revealed in the beginning, but in different orders from traversal to traversal. Grammatron does not prepare the viewer with what the content will be about. The piece and the authors description of it in the Mark Amerika article are deliberately vague. Net.art, like much of electronic literature, makes no effort to be palatable or sense-making to the reader. Net.art demands that the viewer be invested and investigate the E-lit to reveal the meaning of the piece and create the viewers own unique understanding of the experience. 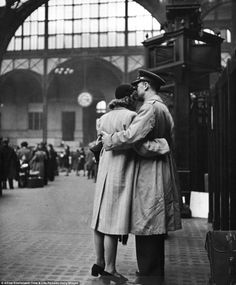 After (at least partially) reading all three of the net.art fiction pieces, I decided to focus on My Boyfriend Came Back from the War by Olia Lialina. I was struck by the stark and emotive quality of this piece, as well as the literal and figurative fragmenting of the narrative. While it doesn’t have have the randomized quality of combinatory poetics per se (reloading the page or clicking in different orders did not change which piece of text came after which), it does achieve a state of multilinearity and variability by virtue of the aforementioned fragmentation. As the narrative and screens continue to break down, the reader can choose to follow one thread until its end before moving onto the next, to click each panel in an order (say, clockwise), randomly, or a combination thereof. I read through it a few times in different orders and while the overarching story is the same, different reading orders do lend different tones to the narrative.

I think that this piece is particularly different from the hypertext fiction we looked at last class in that it is all contained on one page, and it is impossible to step backwards (except by completely refreshing the page and starting over). In Joyce’s the afternoon, the reader moves from one concrete page to the next, albeit in nonlinear and sometimes indirect ways, and can return to previous pages. In contrast, readers of Lialina’s My Boyfriend Came Back from the War must continue forward on one fluid page. I think this technique places the reader deeper into the mindset of Lialina’s story, as it is close to how we experience real life (unable to go back, and while sometimes fragmented, still part of a solid whole).