This is my final project, Find Dad. For this project, I created a “conspiracy board” for a missing person. I added story elements in the form of audio clips (click a piece of evidence to hear a short audio clip that gives hidden context to a scene) It took me ages to get the javascript right, I hope you enjoy! The website only works on a chrome browser.

For this blog post I decided to look at at the stories “How to Rob a Bank” by Alan Bigelow and “Found Floppy” by Andy Campbell. These two hypermedia experiences are very different. “How to Rob a Bank” tells its story in a linear manner, the sequence of events come one after the other and there are no branching paths. The manner in which information is presented is interesting. All of the information is slowly drip-fed to the viewer through phone popups, journal entries, and short gifs. I found it to be very engaging, because it felt like I had to work for the story. The viewer has to piece together exactly who is ‘Sarah’ and what her dynamic with ‘Rob’ is through context clues and the phone’s search history. The other site I looked at was “Found Floppy”. This experience is certainly different to the last website. “Found Floppy” gives you control of a simulated computer that has a found floppy disk in it. The idea behind it is the viewer must piece together what exactly is on the disk using only cryptic text files and images. This makes the experience interesting because I have to actually interact with the material presented. I can’t just keep clicking things and have a story presented to me. Since all of the files are clickable in any order, the viewer has far more choices than usual and no two experiences are the same. I thought it was a brilliant concept, although I was left with more questions than answers. 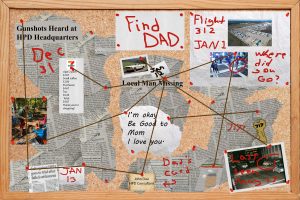 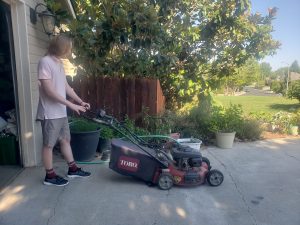 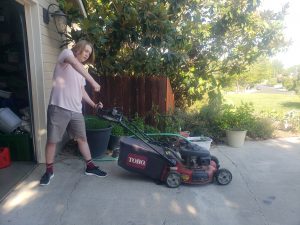 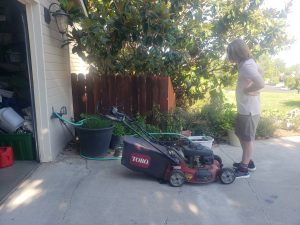 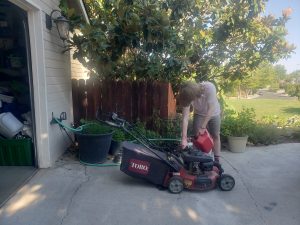 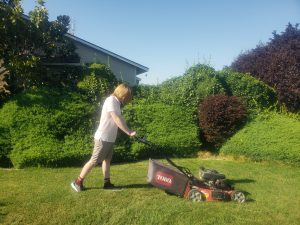 What’s interesting about type is that you don’t have to change its contents to change its impact. Size, placement, font, all of these can have a dramatic effect on how the reader responds to the actual words. For example strategic use of spacing can make text feel boxed in, as seen on page 12 of Diagrammatic Writing (Drucker, 12). This trick could for instance be used to highlight a claustrophobic section of text, amplifying the trapped feeling it imparts onto the reader. Text size is another important aspect to consider when working with type. Size is always linked to importance, the larger a word, the more weight it carries and the more attention it gets. This not only helps with emphasis, but also structure. Large or bold text acts as a guide for the reader. Organization of text, specifically how it is set out on the page, can have some huge impact on how a story is perceived. Take every single slide of Alison Blake’s adaption of Great Rock and Roll Pauses by Jennifer Egan for example. The text is laid out in a way that not only guides the reader, but lends a certain emotional component to the material. My personal favorite slide is #41. The slide depicts Dad’s questions versus Lincoln’s answers with a scale. The dad’s questions are piled on one side, and Lincoln’s the other. The scale is out of balance representing the disconnect from the dad character and Lincoln. You can get a sense of the relationship Lincoln and his dad have through the organization of the text which demonstrates just how much impact fiddling with the type can have.

The Aristotelian plot structure may be one of the most popular ways to structure a story, but it is not the only way. There are many examples of stories that lack the central elements of Aristotelian plots. While a central conflict can provide an excellent source of narrative drama, it is not required to tell a story. For instance, the film 160 Characters by Victoria Mapplebeck tells its story through a combination of voice-over and 160 character-limit text messages placed over slice of life footage and documents. The story it tells is a devastating tale of a single mom and the tumultuous relationship she had with her son’s father. The film invokes feelings of sadness and anger as well as prompting questions about the importance of saving memories. There isn’t a central conflict really, just a series of tiny, factual events. However, these events build into a larger narrative and give the viewer a sense of the characters and their personalities. The selected text messages show off the mindsets of the two central characters, which allows you to get a feel for the larger, unsaid, issues between them. The selected footage does this as well, you can sort of get an idea of how Victoria lives her life. It gives us a view from her perspective as she’s sending and receiving the texts, showing us drafting the messages was a nice touch. The shot of the pregnancy test was my favorite bit, because it informed us as viewers what the complication from her relationship was without telling us outright. 160 Characters is a perfect example of a well-told story that doesn’t use an Aristotelian plot structure.

The movie Fargo can certainly be classified as an Aristotelian tragedy. Plot is usually seen as the most important element in a tragedy, so we will start there. Aristotle says that, “Plots are either Simple or Complex” (Aristotle, X). A simple plot is defined as a story without a reversal of the situation, while a complex story is one with a reversal. Aristotle defines a reversal of the situations as, “a change by which the action veers round to its opposite” (Aristotle, XI). This simply means that a character’s actions lead to the opposite results they intended. This is the core of the movie Fargo’s plot. Our primary protagonist is Jerry Lundegaard, who finds himself in desperate need of money, so he hires a couple men to fake kidnap his wife so he can squeeze money out of his father-in-law. This decision leads to the death of his wife, father-in-law, and half a dozen innocent strangers. This reversal of the situation is also apparent in one of the men Jerry hires, Carl. At the end of the movie, Carl manages to get the ransom money (which is far more than he planned), but instead of skipping town immediately, he gets greedy and tries to swindle his partner out of a new car. This leads to his unstable partner murdering him. Another important element is the recognition. The recognition is, “is a change from ignorance to knowledge, producing love or hate between the persons destined by the poet for good or bad fortune.” (Aristotle, XI). This can be demonstrated by two different characters, Jerry and Marge. With Jerry, the moment of recognition happens when he discovers his father-in-law’s body. Before this moment he was unaware of how dangerous Carl and Gaear are. After this moment, he flees the area, eventually leading to the bad fortune of being arrested in a motel room. Marge’s moment of recognition comes after Jerry dodges the second interview with her. She goes from thinking Jerry is an annoying car salesman to a suspect. This later leads to bad fortune for Jerry and good fortune for her. These clear reversals of the situation and moments of recognition show that Fargo is a tragedy with complex plot.