For my story, I’m carrying on my 354 assignment “theme” of my Mom. In Twine, I’ve used my nephew’s (Ayce) interview with his Grandma (my Mom).

I especially appreciated the telling of several stories, at every touch. The conscious vs subconscious, what truly he experienced vs the illusions. It was hard for me to understand the flow of the story, how the past was/was not related to the present.

I understood the story to be James returns from combat. Then, became an auditor for demolition. He was going blind.

This game was an amazing experience. The variety of visuals – text, video, animated text, stills & subtle audio – added to the mood of the overall story experience. The interaction feature was neat as every touch presented a different visual. Dragging your finger over the braille, while it reads the words was interesting. Tho, at one point, after a few times of touching the screen and not moving forward in the story, I felt frustrated. Perhaps this is the point of what James was going through…

I poked around ‘Howling Dogs’. I feel as though I was missing a link? A link to more of the story. The few links I did access seem to set the beginnings of the location, brief description of where the person was & made mention of the dogs.

Then, I briefly moved to ‘Device 6’. Amazing layout, very complex. Pull clues to solve entrance points to move throughout the game. Interesting engagement.

I don’t have a fave video game. But, I do see a relationship of interaction to consumer websites. Pulling people in via heartwarming stories, then proposing opportunities for them to engage & ideally, become loyal to the brand or organization. In my experience, social media was a good, casual/informal way to start the conversation by allowing people to share their thoughts through LIKES or polls. Then, as call-to-actions or redirects to your website, this is the opportunity for the consumer to get more detailed information. Over time, through this connection & input from their peers, they consider using your services or purchase your products.

For my story, I’m carrying on my 354 assignment “theme” of my Mom. In Twine, I’m wanting to use my nephew’s (Ayce) interview with his Grandma (my Mom). I was having odd tech issues, so here’s just a couple links or passages.

As a challenged, hypermedia reader, I appreciated the double arrows >>, a clear indicator to move forward. The icons at right was a ‘nice to have,’ tho I didn’t need them, as I was able to “stay the path” throughout the story.

The use of images, text & sound was effective. These elements kept me engaged. The black background set a mysterious tone, perhaps the unknown of when Dad will be home or the kind of work Dad does. Very interesting combination of photos vs maps or line drawings. Many of the photos are stylized, bitmapped or out of focus. Watercolor brush strokes & the phone screen was a nice comparison of “art” side-by-side.  You also had architectural line (layout of the home, satellite transmitter) and the line drawing of Brad, which reminded me of an Etch-A-Sketch.

While Alice took photos along the highway, it made me think of the common phrase to “stop & smell the roses”. However, as the jeep was moving fast, there was no “slowing down”. Mom was worried, driving swiftly to find Dad.

Interesting use of music. “Humming of the sky” sounds made you feel edgy or concern. By comparison, the asian music felt uplifting; this played when they found/saw Dad.

For me, hypertext feels chaotic. I mean, I found myself wanting keep track of where I’ve been. And, as I clicked on links, I would scroll or make sure I didn’t miss anything along the way. I tried to observe when & how the author chose to use a link vs keeping the text on the initial page. The code structure interrupted the usual flow of reading an e-book. Tho, I realize, I shouldn’t dig into these multilayered works, in a way that you’d flip a page of a printed book.

CityFish: I liked the simplicity of the horizontal “path”. Whether you read the “top” or “bottom” text box, didn’t matter — the story flowed with the visuals. The maps, photos, videos helped keep visual interest & context to the story. The text evoked feels, relationship of with Lynne & the adults, & with the cousins. And, the text & photos had you “smelling” the bad scent & the “feeling” of what the day was like.

How to Rob a Bank: I imagine this is an everyday occurrence for many. How easy to find answers to anything, with anonymity. In this story we watch the users thoughts via Google searches. Too funny! The info they find guides their interactions of research, escape & romance. The pair believes what they see/read on their devices. We interpret their lives through social media. It’s sad how the internet guides their life decisions. 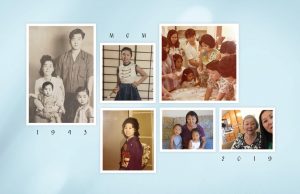 A sequential storyboard: this is the “visual” to my typographic story. Both assignments represent how life is short. The first assignment show how quick the end of life comes. And here, how just six photos represent a life-time.

The lack of dialog, some music & sound effects set the mood. As you’re watching the film, the unfolding of events, detailed imagery, makes you believe the man escaped. However, in the end, you see that this is not the case. The majority of the film is what’s going through the man’s mind during the moment just before his death.

Reading the story gave more information to the elements in the film, example, the description of the army sharpshooter’s eyes.

In the film, you feel pity for the man being hung. However, in reading the story, you learn that the man was a slave owner who supported the Confederacy/Southern way of life.

The story had three parts. Part 1 sets the stage at the railroad bridge during the Civil War. A man is about to be hung. Part 2, the man, Farquhar, a slave owner, attempt to burn down the bridge. And, in part 3, Farquhar is hung, but the rope breaks and he falls into the creek. Soldiers are shooting at him, trying to kill him before he gets away. The story does not occur in chronological order, events happen in real time, along side the fantasy in the man’s mind.

Here is a scene-to-scene to represent lapse in time, with the occasional subject-to-subject to highlight common events throughout a season:

“A Day in the Life of an Athlete”

Aside from the craft of illustration itself, it’s been an interesting read about the “science” of storytelling in comics. The size of the panel, whether the illustration is close up or pans out. Whether or not to use dialogue or a more detailed illustration. And, in creating good transitions, the reader is able to fill-in the sequence from panel to panel.

As a designer, infographics takes research to create an icon that represents concepts. This exercise reminds me of comics. Simple, “to the point” visuals that highlight key moments in a story seems most effective. But, as I read McCloud, the story of the boy going out for a drive (as example), I enjoyed the version with a little more visuals/details vs the simplest version at 4 panels.

For my next assignment, I’m looking to keep the same theme as the 1st narrative. Using photos to tell the story seems easier, in that, a photo will show timeframe, place & general tone at that moment. The challenge is researching, sorting & pulling the photos that have visual interest & fulfills the time progression to tell a good story.

In Drucker’s book, the layout from page-to-page was fascinating. The layout of some pages took a bit of physical energy to make sense of the content. To use characters & line format to show what the words are saying is neat to see. I see – & feel – many of the basic “rules” of typography & layout of design. Whether the words surrounded other words or the line of text went beyond the left/right margins, I saw many visual clues that represented good design & common “mistakes.”

In Egan’s story, I was amused how much emotion was felt in the seemingly odd, design/art elements. The graphical items used reminded me of the simple, rudimentary style elements available to users in Powerpoint. I’ve done PPT slides using the same graphic elements to represent strategic milestones or simple business stats showing progression or pie charts.

Both readings were visual exercises for logo design, as example. The format encourages you to think or visualize beyond the letter or character itself. The font style & how each character sits next to each other tickles opportunities to find relationships – or not – to recreate the character to “speak” a different meaning or feeling.

For our project, it’ll be quite a challenge to not use infographics or photos. I worked with writers in marketing & communications or technical writers. They sure have the gift to draw people in or simplify terms & to rewrite concepts from clinicians (lets say) to a 6th grade level or basic reader. Or, these writers can wordsmith a sentence into just a few words to become a ‘call-to-action” button on a mobile app. I’m pretty confident I know what to do when the content is already written. But, to write the content is daunting!