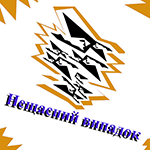 “An Old Day: Нещасний випадок” is a story that is partially inspired by the true events that occured many years ago with my Ukrainian ancestors.  My great great grandfather lost his foot to an axe in a tree as his sister was impaled on a pitchfork in a hay bail.  This story is meant to serve as an emulation of the adventurous experiences people can have as children from their imagination and surroundings.  As children (especially of the Pacific Northwest) everyone seems to have distinct memories of wandering in the woods near where they live.  It was built using Twine.

URL to the work: https://dtc-wsuv.org/zjager20/anoldday/ 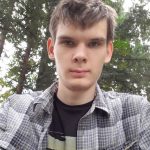 Zane Jager is an American Digital Technology and Culture major from Vancouver, WA best known at the moment for: An Old Day: Нещасний випадок.  Jager began creating Twine projects while in university, the first one he created was as a final class project about the Boys of Derry parade conflict that took place in Ireland in 1969 that got him an A.  His most recent one was also a final project for a class called Digital Storytelling.  Aside from college, he takes care of chickens in his backyard and keeps his life well organized.  Organization is his self proclaimed greatest skill.