This excerpt comes from the first section of the essay I am writing for Rebooting Electronic Literature about the Live Stream Traversal of Judy Malloy’s its name was Penelope, which will be released on June 1, 2018, on the anniversary of the release of Pathfinders in 2015 by Stuart Moulthrop and me. 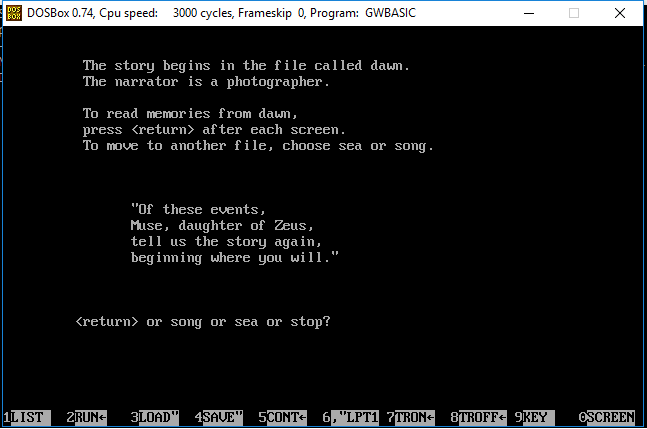 “Of these events,
Muse, daughter of Zeus,
Tell us the story again,
Beginning where you will.”–– Homer / Malloy [1]

On April 30, 2018 Judy Malloy sent me files related to the DOSBox emulation of its name was Penelope, her generative hypertext novel produced originally in 1989 but then republished in 1990 via Narrabase Press and 1993 by Eastgate Systems, Inc. This fourth iteration of the work, completed in 2016 and called by Malloy “The Scholar’s Version,” [2] opens with the tenth line of Homer’s Odyssey, which constitutes the final portion of the poet’s invocation to Kalliope, the muse of epic poetry. Because truth in oral culture literally means “not forgetting” [3] and so relies on memory, the poet calls on the Muse to speak through them and so provide the poet with the ability to remember the story––and with 12,110 lines of poetry to recall, divine intervention can be helpful for jogging one’s memory.

While this Invocation is missing from the Eastgate version used for the Live Stream Traversal, [4] allusions to Homer’s epic resounds throughout the work, for its name is Penelope represents a telling of the story by a contemporary poet for an audience living in the late 20thC and early 21stcentury as much as Homer’s story did over 2500 years ago.

Woven into the story are experiences from Malloy’s own life. its name was Penelope features an artist, Ann Mitchell, who is a photographer working and living in the Bay Area during the 1980s. This is the time in American culture of conspicuous consumption, Reaganomics, the fall of the Berlin Wall, and of course, the AIDS epidemic. We encounter Ann’s childhood in the opening section, “Dawn,” and then meet her again in her adulthood in the two other parts, “Sea,” and “Song.” The titular Penelope is the blue sailboat that appears in the story and reminds us of Ann’s innocence, a time when she and her family lived with her grandparents while her father was away at war. So, the correlation between Homer’s heroine and Malloy’s is interesting in that both stories feature strong female leads in stories not titled after them: in Homer’s story, it’s the “man of many turns” (Ody. 1.1), the heroine’s husband Odysseus; in Malloy’s, it’s the sailboat the heroine played with as a child. While Homer’s Penelope has been lauded through time for her circumspection and domestic role as wife and mother, Malloy’s Ann resonates with a contemporary audience precisely because she is allowed agency and faces many agons because of it as any Greek male hero. Ann through her adventures (and misadventures) becomes for us the Penelope for our time.

Malloy is no stranger to ancient Greek language and literature. She reports in her reading of its name for Penelope that her father read Butcher and Lang’s translation of the Odysseyto her as a young girl, a scene that shows up in one of the lexias in the story (Malloy, Live Chat, 27 Apr. 4). Later, Malloy studied the poem with classics professor William Harris at Middlebury College (Malloy, email, 28 Apr. 2018).  [5] When she recreated the work for the iPad and later for The Scholar’s Version, she included her own translations of the various excerpts from Homer’s text that she cites rather than quote directly from those by Richard Fitzgerald and W. H. D. Rouse as she did for The Eastgate Version. [6]As she tells us in her Notes:

“its name was Penelope invites the reader to explore an artist’s life — from “Dawn”, the Homeric sunrise, the beginning of life; to the details of the narrator’s photography-based artwork in “Fine Work and Wide Across”; to the troubles related in “Rock and Hard Place”; to a concluding “Song” of love and a shared life” (Malloy, “Notes”).

So, reading its name was Penelope through the lens of its ancient Greek epic influences aligns with Malloy’s own training and focus. It opens up the story to a comparison of the two heroes Odysseus and Ann and helps us to consider our shared humanity, for it doesn’t matter if one is male or female, born thousands of years ago or yesterday, or face death from sea monsters or AIDs, the quest for knowledge and wisdom is one we can all understand today. 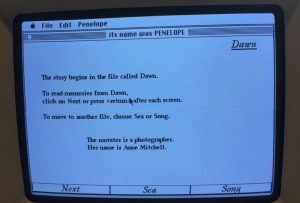 Though a work of fiction, the story draws upon Malloy’s childhood when her father went off to fight in WWII and Malloy’s family stayed with her mother’s family in a small East Coast community. Both the grandfather and grandmother figure largely in the story, as does her mother and brother. As an adult Malloy moved to the Bay Area and was at the forefront of the avant garde art movement. La Mamelle, the gallery and arts group founded by Carl Loeffler in 1975 that Malloy was a part of, is alluded to frequently in the story. All of the content unfolds as memories––bits and pieces of images, experiences, and feelings captured in lexias accessed through the work’s generative and hypertext functionality.

The story can be viewed as six episodes in the protagonist’s life, beginning with childhood, covered in the part called “Dawn,” to young adulthood and middle age chronicled in the four episodes contained in “Sea,” and ending in her middle-age, with “Song.” The structure of the work is interesting in that readers must begin with “Dawn” but then are free to move to the other episodes and follow any path they wish. Ancient Greek scholars believe that the poets singing Homer’s epics could just as easily move around to episodes they believed their audiences would most be interested in hearing––the ones relating to Penelope to an audience comprised of female listeners, for example––as they could also sing the complete epic in an order. Thus, Malloy’s hypertext mirrors, to a certain extent, the reading structure of oral tradition.

The interface emphasizes this structure. It features three top menu items, “File,” “Edit,” and “Penelope,” which contains general commands those familiar with software come to expect. [7] However, the bottom three contain the navigation for reading the work itself. Here we find “Next,” which the reader clicks to evoke the various random lexias for each episode, and the two other main parts of the story, “Sea” and “Song.” This means after accessing the start of the story with “Dawn,” readers can either continue down that path by clicking “Next,” or go to one of the other two main parts of the story. “Next” remains the method for moving down a path for any of the three main parts. That said, while “Sea” and “Song” are always accessible, the only way to return to “Dawn” is to go to the top menu item “Penelope,” and choose “Return to Dawn.” Both literally and metaphorically, once one leaves childhood, one cannot easily return to that exact experience, but as readers find, Ann––having acquired wisdom and knowledge of the world––does return to innocence in “Song.” Retained in the five other episodes, though, are allusions to Ann’s childhood––the woods where Ann often goes, the stream she played in, and the family members she loved. 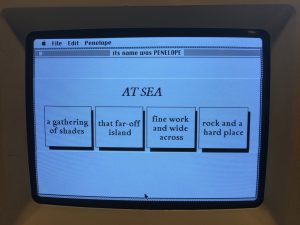 Put simply, the story is structured with six episodes, as such: [8]

1) “Dawn”: The beginning; Ann’s childhood memories
“Sea”: Memories from Ann’s young adulthood to her middle age. It includes four episodes, all of which allude to various episodes or images found in Homer’s story:
2) “A Gathering of Spirits”
3) “That Far Off Island”
4) “Fine Work and Wide Across”
5) “Rock and Hard Place”
6) “Song”:  Ann’s return to innocence in her middle age

The six episodes function independently as unique experiences; but together they provide insight into Ann’s life’s journey just as Odysseus’ episodes do in his own epic.

[2] Working with Malloy, I organized the various versions in this way:

[3] Truth in ancient Greek is alethe (αληθη), with “a” meaning not and “lethe” forgetting.

[5] Malloy reports in her email of 28 April 2018 that she studied the Odyssey with Harris, who used the Rouse translation. She provided an essay, entitled “On Translating Homer,” by Harris. See http://wayback.archive-it.org/6670/20161201174733/http://community.middlebury.edu/~harris/homer.trans.html

[6] As Malloy reports in the Live YouTube Chat, for The Scholar’s Version she used four translations, the Greek version, and a Greek dictionary to produce her own translation of the Odyssey. 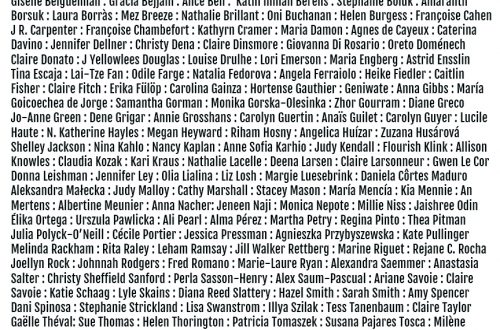 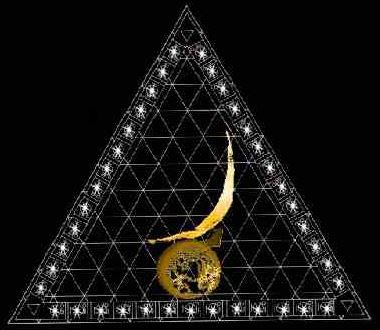