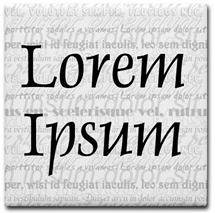 Having authored critical writing about born-digital literature with Stuart Moulthrop for both the multimedia book, Pathfinders (2015) and print-based book, Traversals (2017) and, then, publishing Rebooting Electronic Literature, Volume 1 (2018) with the ELL Team, I’ve had much time and practice writing about born-digital literature that is inaccessible to the public. With few exceptions, the focus has been on works to which few, if any, scholars have access. Think electronic literature and literary games published on 5.25-inch and 3.5-inch floppy disks and CD-ROMS with software no longer supported by contemporary computers. But writing for that kind of media is vastly different than writing about literature still in circulation and found on people’s bookshelves or tablets. When your audience can’t touch the packaging the work comes bundled in, experience its interface, follow its navigation; or read the words, see the images, or hear the sound, it’s important to ask, “What is the best way to write about inaccessible works of born-digital media so that your audience gets a good understanding of it and its contribution?”

Looking over the body of work I have produced over the years about early hypertext and Flash literature, I realize that the most useful for scholars is not simply criticism; rather it has been that which involves a combination of explication, analysis, and criticism.

Explication is important because it allows for a detailed description of one’s experience with the work––essentially a blow-by-blow interaction with it. Analysis, on the other hand, calls for a deep dive into the work’s most salient features. Finally, criticism provides the opportunity to discuss the work’s connection to larger trends, to the larger body of work, to other works and authors. Taken together, these types of writing provide an audience, reliant upon my essay to learn about the work, as close of an experience with it and its cultural context as possible. For how else can scholars follow an argument about structure and meaning in Deena Larsen’s Samplers if they do not have a copy of Samplers and, so, cannot see for themselves the way in which Larsen names her paths? When writing the essay about this work for Rebooting Electronic Literature, Volume 2 (Forthcoming December 2019), I found myself explicating the process of navigating the paths, discussing the names attributed to them, and then describing the lexias to which they lead. Likewise, how can scholars gain an understanding of the way Larsen employs the metaphor of stitching and sewing in Samplers? Here, I analyze the quilt and sampler that bring the nine small hypertexts together into a whole. How can scholars get a sense of the way Larsen’s work contributes to the zeitgeist of the period? It is here that I tie Samplers to Kathryn Cramer’s In Small & Large Pieces and Shelley Jackson’s Patchwork Girl, three women writers who work against the notion of fragmentation so popular in hypertext theory of the period by literally suturing up text, ideas, and characters in their narratives.

So few of the early hypertext literary works are available to the public. Eastgate Systems, Inc., thankfully, has re-released Michael Joyce’s afternoon: a story and Shelley Jackson’s Patchwork Girl on flash drive and numerous work from the mid-20th century onwards are still available on CD-ROM. But for most without CD-ROM readers on their desktops or only use tablets and phones, anything produced on floppy disk and CD-ROM technology is no longer available. Thus, it is imperative that those of us with access to these works write essays about them that involve these three approaches in order for them to be documented and live on through our scholarship for future publics to know they have existed and why they are important to read and study. 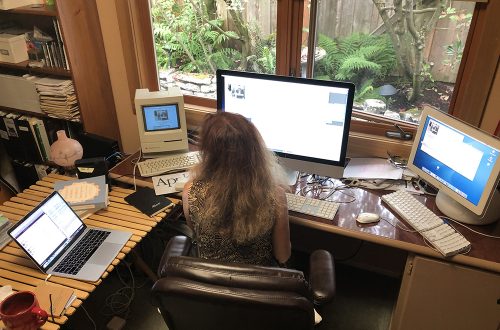 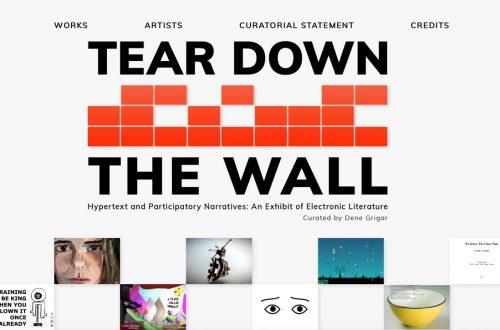