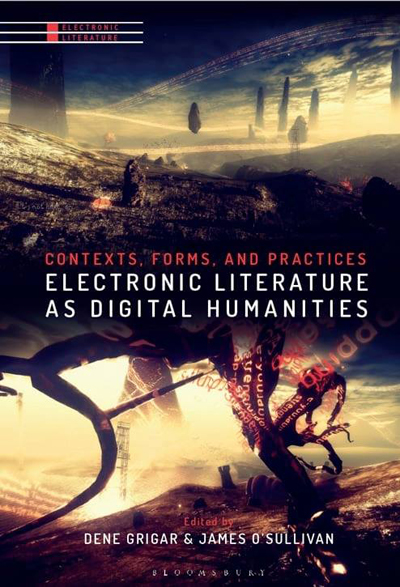 Electronic Literature as Digital Humanities, co-edited by James O’Sullivan and Dene Grigar and published as part of Bloomsbury Press’ “Electronic Literature” series, is a collection of 32 essays by international scholars and artists that argues electronic literature is central to the humanities, particularly one focusing on questions relating to digital culture and “the symbolic representation of language, the graphical expression of concepts, and questions of style and identity” (Burdick et al 12)––and, in fact, is the logical object of study for digital humanities scholars who have, by the second decade of the  21stcentury, cut their teeth on video games, interactive media, mobile technology, and social media networks; are shaped by politics of identity and culture; and able to recognize the value of storytelling and poetics in any medium.

Community, Institution, Database: Tracing the Development of an International Field through ELO, ELMCIP, and CELL
by Davin Heckman

Consuming the Database: The Reading Glove as a Case Study of Combinatorial Narrative
by Theresa Jean and Karen Tanenbaum

Hypertext Fiction Ever After
by Stuart Moulthrop

The Voice of the Polyrhetor: Physical Computing and the (e-)Literature of Things
by Helen J. Burgess

Having Your Story and Eating It Too: Affect and Narrative in Recombinant Fiction
by Will Luers

Challenges to Archiving and Documenting Born Digital Literature: What Scholars, Archivists, and Librarians Need to Know
by Dene Grigar

ELit After Flash: The Rise (and Fall) of a “Universal” Language
by Anastasia Salter & John Murray

Learning as you go: Inventing Pedagogies for Electronic Literature
by Davin Heckman

A Way Is Open: Allusion, Authoring System, Identity, and Audience in Early Text Based Electronic Literature
by Judy Malloy 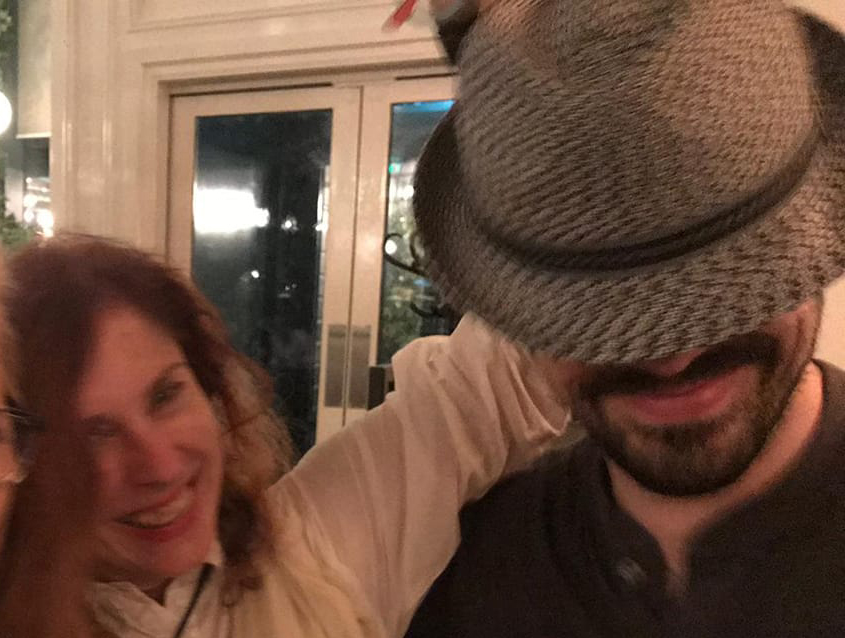 Dene Grigar is Professor and Director of The Creative Media & Digital Culture Program at Washington State University Vancouver whose research focuses on the creation, curation, preservation, and criticism of Electronic Literature, specifically building multimedial environments and experiences for live performance, installations, and curated spaces; desktop computers; and mobile media devices. She has produced 16 media works such as “Curlew” (2014), “A Villager’s Tale” (2011), the “24-Hour Micro E-Lit Project” (2009), “When Ghosts Will Die” (2008), and “Fallow Field: A Story in Two Parts” (2005), as well as 57 scholarly articles and five books. She also curates exhibits of electronic literature and media art, mounting shows at the British Computer Society and the Library of Congress and for the Symposium on Electronic Art (ISEA) and the Modern Language Association (MLA), among other venues. With Stuart Moulthrop (U of Wisconsin Milwaukee) she developed the methodology for documenting born digital media, a project that culminated in an open-source, multimedia book, entitled Pathfinders(2015), and book of media art criticism, entitled Traversals(2017 The MIT Press). She served as President of the Electronic Literature Organization from 2013-2019 and Associate Editor of Leonardo Reviewssince 2003. In 2017 She was awarded the Lewis E. and Stella G. Buchanan Distinguished Professorship by her university. She also directs Electronic Literature Lab at WSUV.

James O’Sullivan (@jamescosullivan) lectures at University College Cork (National University of Ireland). He has previously held faculty positions at the University of Sheffield and Pennsylvania State University. His work has been published in a variety of interdisciplinary journals, including Digital Scholarship in the Humanities, Digital Humanities Quarterly, and the Electronic Book Review. He is the author of Towards a Digital Poetics: Electronic Literature & Literary Games (Palgrave Macmillan 2019). Further information on James and his work can be found at jamesosullivan.org. 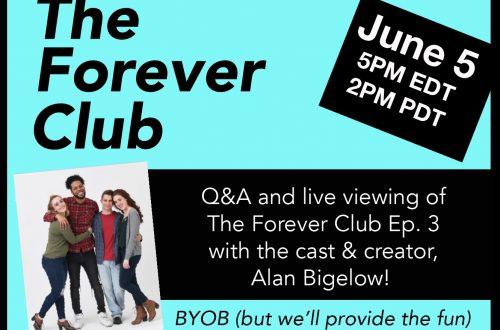