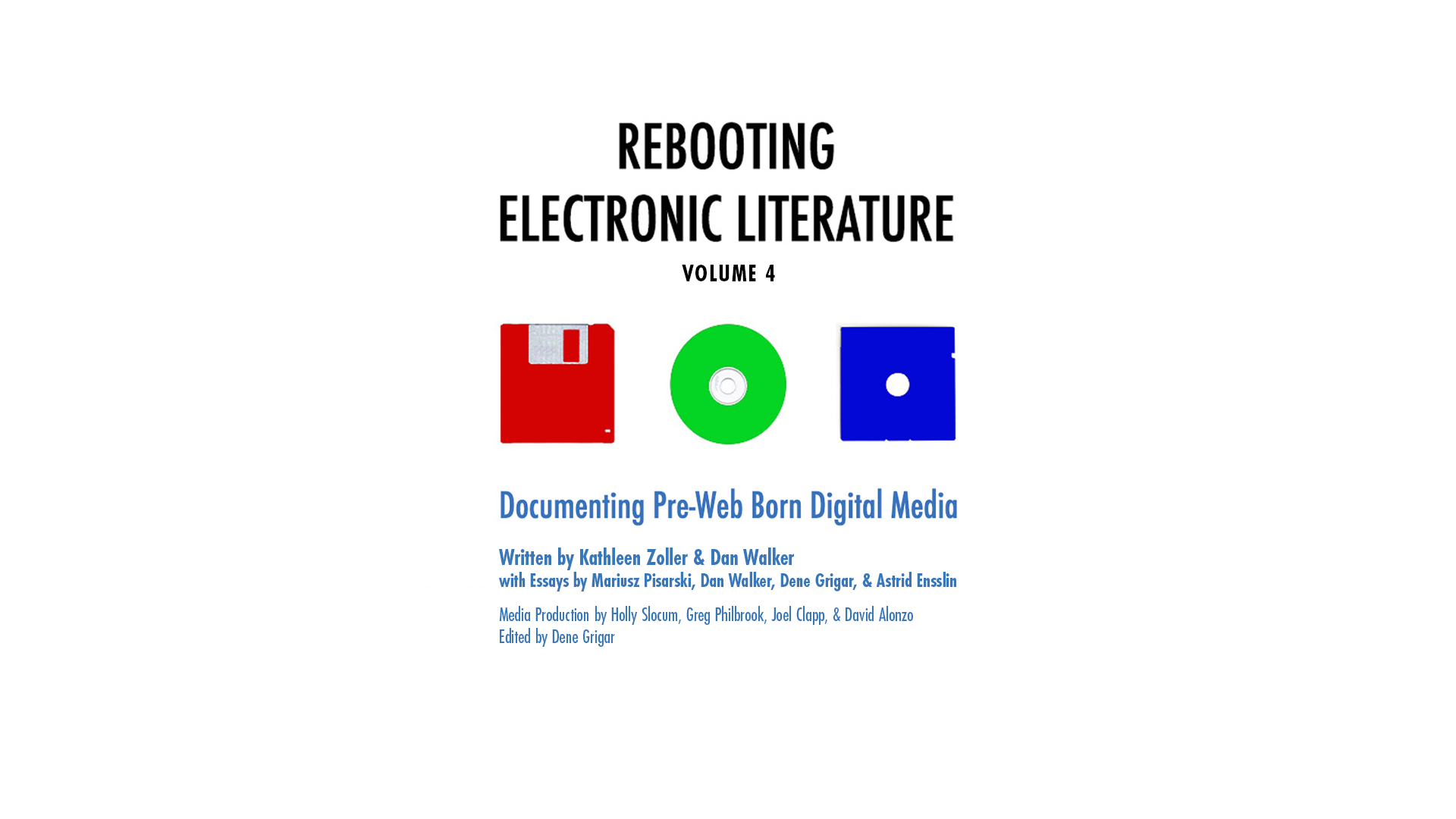 This fourth volume of Rebooting Electronic Literature (REL) continues with the Electronic Literature Lab’s mission to document born-digital literary works published on floppy disks, CD-ROMs, and other media formats held among the 300 in Dene Grigar’s personal collection in the Electronic Literature Lab at Washington State University Vancouver. Since the publication of the Volume 1 in 2019, this annual publication has provided in-depth scholarly information that includes images of the physical media, videos of performances by and interviews with the authors for and critical essays about hypertext literary works no longer accessible to the public. The methodology used to document this art follows the Pathfinders approach developed by Dene Grigar and Stuart Moulthrop.

The eight works included in this volume of Rebooting Electronic Literature include:

They represent a diverse sample of what Eastgate Systems Inc. published from the late 1980s through the late 1990s. Readers will find a philosophical essay (Fragments of a Dionysian Body), a choose-your-own detective adventure game-story (A Sucker in Spades), a historical study of an American election (The Election of 1912), among poetry and narratives (Twilight, A Symphony; Marble Springs 1.0; Quibbling; Genetis: A Rhizography; Unnatural Habitats). These eight works also reflect the hypertext authoring systems available at the time before the popularity of the World Wide Web for creating literary works––HyperCard (Marble Springs 1.0), Hypergate (The Election of 1912, A Sucker in Spades) and Eastgate’s more popular Storyspace software (Fragments of the Dionysian Body, Unnatural Habitats, Quibbling, Genetis: A Rhizography, and Twilight, A Symphony.)

Much of the book’s content was written by Kathleen Zoller & Dan Walker. Zoller had joined us while an undergraduate in the Creative Media & Digital Culture Program  and has remained as a Post-Bacc fellow after graduating with her degree to work on this book. Walker joined us for this project from and was supported by a grant from Reed College, where he had just completed his B.A. in English and an honors thesis on electronic literature. The critical essays were written by hypertext scholars Mariusz Pisarski, Dene Grigar, Dan Walker, & Astrid Ensslin. Both Mariusz and Astrid served as Research Affiliates in the lab during 2020-2021 and led many of the Traversals associated with this book.

Performing in the Traversal of Eric Steinhart’s Fragments of a Dionysian Body was Polish scholar Anna Nacher, who was a Fulbright Scholar conducting research at Winona State University in Minnesota and paid a visit during that time to our lab. We appreciate her contribution to this volume.

The book was built on the open-source platform Scalar, made available from the Alliance of Networking Visual Culture, supported by The Andrew W. Mellon Foundation and the National Endowment for the Humanities. 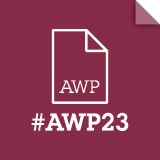 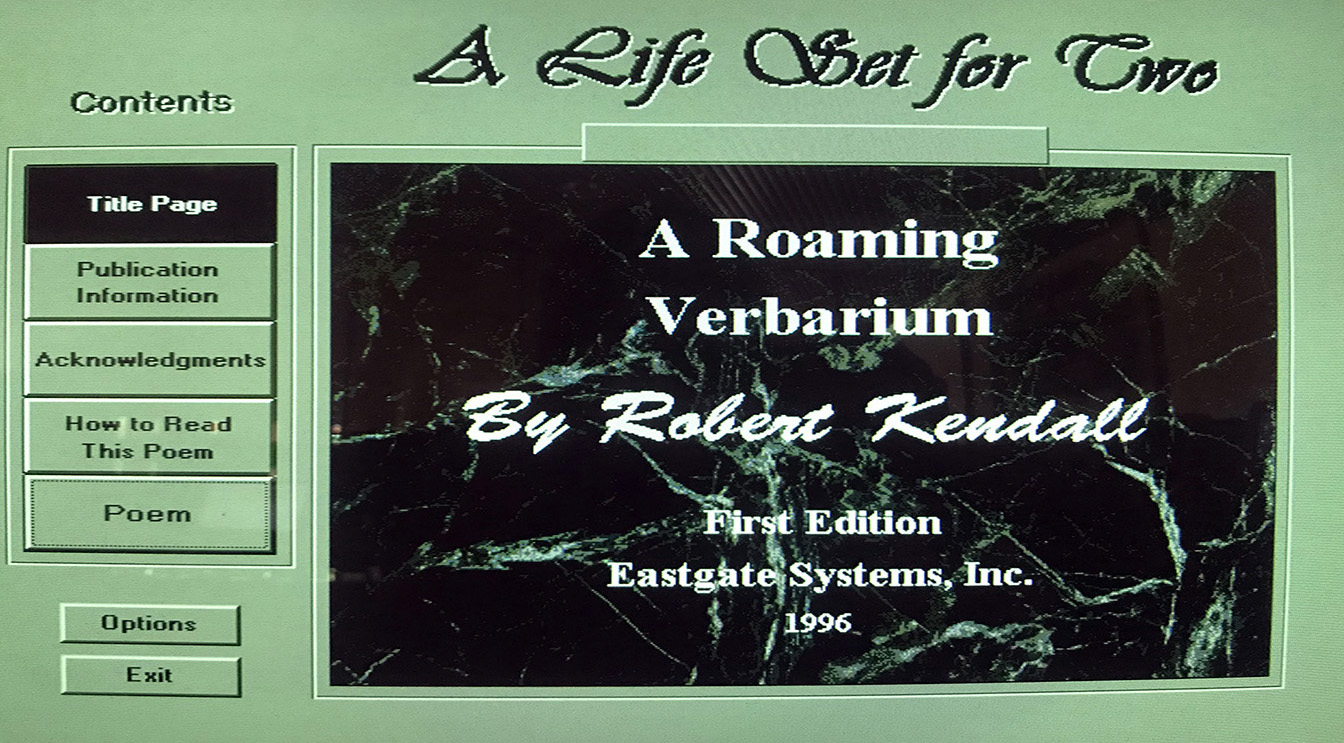