Roger Whitson is Assistant Professor of English and Digital Technology and Culture at Washington State University in Pullman, where he researches nineteenth-century British literature, digital humanities, digital pedagogy, and critical making. He is the author (with Jason Whittaker) of William Blake and the Digital Humanities: Collaboration, Participation, and Social Media (Routledge 2012), and “Digital Blake 2.0” in Blake 2.0: William Blake in Twentieth Century Art, Music, and Culture (Ed. Steve Clark, Tristanne Connolly, and Jason Whittaker; Palgrave 2011), along with a number of articles about Blake, pedagogy, and steampunk published in The Chronicle of Higher Education, ProfHacker, Hybrid Pedagogy, Workplace: A Journal of Academic Labor, ImageTexT: Interdisciplinary Comics Studies and Romanticism and Victorianism on the Net.  He is currently working on a book theorizing steampunk within emergent practices of critical making and alternative history, as well as completing projects for Digital Humanities Quarterly and Romantic Circles. 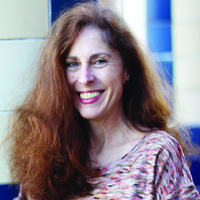 Dene Grigar is Associate Professor and Director of The Creative Media & Digital Culture Program at Washington State University Vancouver, where she works in the areas of electronic literature, emergent technology and cognition, and ephemera. She is the author of net art works, like “Fallow Field: A Story in Two Parts” and “The Jungfrau Tapes: A Conversation with Diana Slattery about The Glide Project,” both of which have appeared in The Iowa Review Web, and multimedia performances and installations, like When Ghosts Will Die (with Canadian multimedia artist Steve Gibson), a piece that experiments with motion tracking technology to produce networked multimedia narratives. She also produced, with Brett Oppegaard, “Fort Vancouver Mobile” and The Grand Emporium of the West”, projects funded by a 2011 NEH Start Up grant and a 2012 “We the People” grant, respectively, that focus on location-aware nonfiction content for mobile phones to be used at the Fort Vancouver National Historic Site. Her most recent project is  Pathfinders:  Documenting the Experience of Early Digital Literature, with Stuart Moulthrop (U of Wisconsin-Milwaukee), a digital preservation project for early electronic literature funded by a 2013 NEH Start Up grant.  She is President of the Electronic Literature Organization and Associate Editor of Leonardo Reviews.