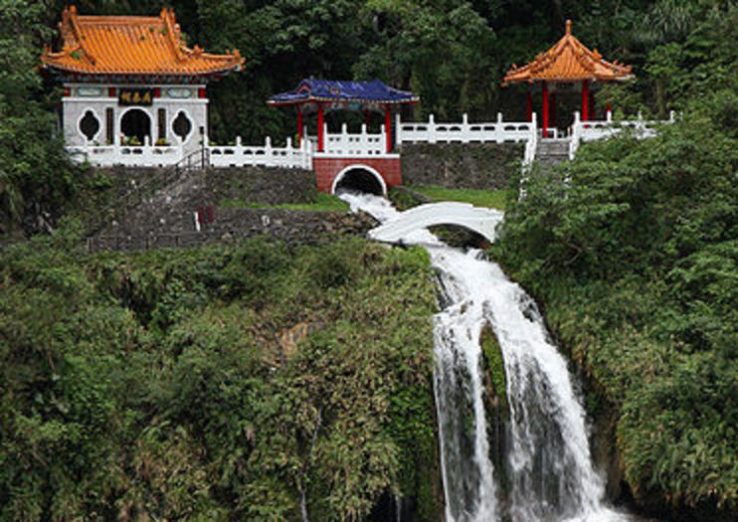 Taroko Gorge is a piece of electronic literature that generates a never-ending series of poems from a word bank that the author created through Python script. This strategy of creating code that generates random phrases that make some sort of sense is known as combinatory writing. The original version of Taroko Gorge focuses on natural things. Here is an example of generated phrases from when I opened Taroko Gorge –

The word choices of Taroko Gorge create poems that Scott Rettberg describes as “calm, almost zen-like poetry”. (Electronic Literature, p. 47). This is achieved by writing code that generates poems that follow a specific pattern. The poems seem to follow a pattern like this:

Taroko Gorge is unique because several other authors have borrowed the code and inserted their own bank of nouns, verbs, and adjectives to create their own randomly generated poems with a unique feel for each. Scott Rettberg, the author of our class textbook Electronic Literature, created his own version of this poem entitled “Tokyo Garage”. The word bank that Rettberg has created is entirely different from that of the original poem by Nick Monfort. While the original Taroko Gorge has themes of zen and nature, Rettburg’s take has a more modern, dystopian, and kind of edgy feel to it. Another version of Taroko Gorge that caught my attention is Toy Garbage by Talan Memmott. Talan’s word bank consists of popular toys for nouns, with adjectives and verbs that are dirty and/or unpleasant, resulting in poems that describe popular toys doing things that would not be expected of them. This strategy of combinatory writing catches my attention in a unique way. Instead of just thinking about what the writing means, I think more about what goes into the creation of the writing. When I am aware that the poems are generated randomly- it adds a new level of unique interpretation to the poems. I put in an extra effort to make sense of things when I know that the writing is being created on the spot by a script.