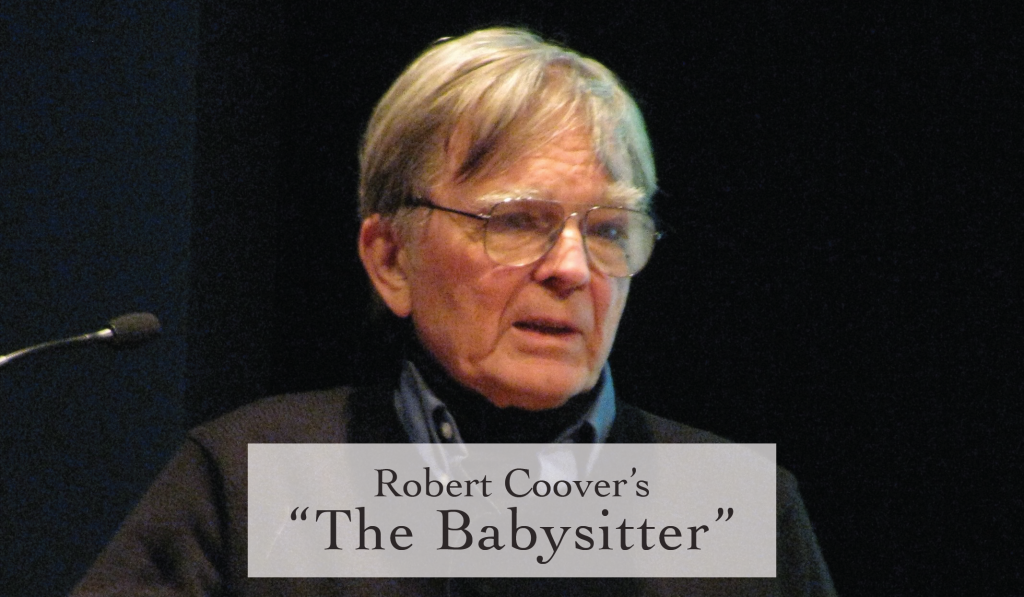 The main quality with works of hypertext are their non-linearity. Though Robert Coover’s “The Babysitter” may appear at a glance to be linear given its written out, print-based format, it is anything but. If someone were to read it linearly, they would quickly within just the first few paragraphs find themselves deeply confused or simply catch on that there is a different way to read this particular work. Looks can be deceiving after all.

While this work cannot be considered a work of Electronic Literature, it is an early example of multi-linearity.

The story consists of over one hundred fragments – paragraphs set off from each other by space breaks, that take us through multiple and divergent sequences of what might have or what could have occurred during the course of one evening between a babysitter, a baby, her boyfriend, and the mother and father of the house.

By describing the events of the night from these multiple perspectives, and providing the reader the opportunity to experience multiple endings through the course of the work, Coover has clearly and quite deliberately developed the structure for housing various paths the reader could take within the single text.

Later works of hypertext are all born digital but follow a similar structure to that which Coover demonstrates with his multi-linearity, storylines, and paths. Instead of separating by space breaks, each section of text would be in its own node whether on Twine or StorySpace (pre-Twine), and would have a word or sentence linking to the next node of text following a path. The digital age could far better take advantage of this method of storytelling and providing interactivity for the reader, but Coover’s “The Babysitter” certainly cast a light on the potential in storytelling linearity/multi-linearity and its structure.