In reading “The Babysitter” I am mostly confused I had a really hard time following the narrative as a whole and figuring out what perspective it was taking. The story was written with the intent to blur reality and it does that very well, I would say personally to well since I was lost most of the time. Nevertheless, I was struck with how well It would make a digital “choose-your-own-adventure” style narrative. If the babysitter had some other que to let the readers know what perspective, they were reading then it would be easier to follow along and really engage in the narrative. While this might have taken away from what writer Robert Coover wanted it would have allowed some of his readers to better engage in the story overall. My personal opinion aside it is interesting to see the impact and change over the years from works like “The Babysitter” to things like “Those we love Alive” by Porpentine while The Babysitter is multinarrative it is really only the building blocks of what we have today, as discussed in Electronic Literature written by Scott Rettberg. The effect of multilinearity is so prevalent in todays society it is rather remarkable. The use of how hypertext and links are shared and used in daily life is second nature now. With the internet and web-sharing you would be hard pressed to go a day without interacting with hypertext or a multilinear platform built off of the foundations of The Babysitter and works like it. 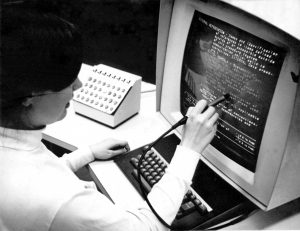 Those we love Alive” by Porpentine