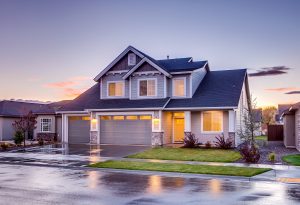 The Babysitter by Robert Coover is definitely an interesting story to say the least. If I’m being honest, I’m not sure I completely understood what was happening the majority of the time throughout this. At some points in the story, it seemed like things weren’t actually happening, like they were all a part of some dream sequence or imagination, yet in other parts it all seemed very real. At the same time, the reader has to infer which perspective the section is in everytime it shifts, since it doesn’t tell you. I read through it one time, just to get a basic understanding of it, and then I read through it again trying to piece it together in a way that makes sense but still, it left me feeling annoyed and at the same time, wanting more. From what I could comprehend, the story has 3 “main” perspectives. 1.) The parents Mr. and Mrs. Tucker, 2.) the Babysitter (I’m not sure what her name is), and the Tucker children, 3.) and the babysitter’s boyfriend Jack, and his friend Mark. Mr. Tucker, Jack and Mark, and Jimmy the oldest Tucker child, are all in some way infatuated with the babysitter. Jimmy is referred to multiple times as wanting to spank her, as well as trying to catch and spy on her naked such as when she’s getting into the bath Mr. Tucker is (I think?) having some sort of fantasies about the babysitter and the things he wishes to do with her. While Mark and Jack both end up at the house with her trying to engage in sexual activities with her, and eventually trying to force themselves on her.

Although this isn’t my type of literature, and I was definitely feeling more frustrated than anything, I do understand why The Babysitter was an important piece that paved the way for current hypertext fiction. There is definitely some type of spiderweb type narrative going on in the story, but the reason it becomes meddled and confusing is there’s not really a way to navigate through it. With Twine, the reader is able to “choose their own path” by selecting different options to continue the story. With no option like this in The Babysitter, the reader is basically forced through every possible outcome of the story. Although this isn’t the best way to go through a text like this, it was still a very good model for later texts to build off of. It introduced the idea that a story could have multiple paths to go down, and it’s based on how can be based off of the reader’s decisions. The premise of the story is good, it just lacks the “Electronic Literature” aspect it needs. In other words, when Robert Coover was creating this story, he was just lacking the technology he needed to truly make it work. If this story was remade with twine or something similar, I’m sure it would be understood much better, with the added bonus that the reader would actually get to “choose” the outcome of the story. Which would actually be great because I’m interested to know how the story (stories?) are actually supposed to go!

Electronic Literature by Scott Rettberg
The Babysitter by Robert Coover