fragmented text, the use of associative logic, alternative narrative structures, […] [and] complications of character development and chronology. (Rettburg, 68)

While it is lacking in interactivity, the multiple perspectives, the blending of what’s really happening and what is only being imagined, as well as the shaky time structure (as I mentioned above, I’d consider it semi-linear: there is a time span, but within hour or half-hour blocks, time seem to move forward then loop back and start again, giving the impression both of many plot points occuring at once as well as some never actually happening at all) makes this a clear precursor to interactive e-literature.

On a personal note, while I didn’t enjoy the plot per se (it was very disturbing) I enjoyed the way that The Babysitter was written. The Babysitter seems to challenge readers to second guess what we often take for granted, particularly in regards to the intentions of others. The unreliable narrators and unclear delineation between imagination and reality forces the reader to read carefully or else get tripped up. While in this case the events were primarily imagined, it is easy to see how this could become a piece of interactive fiction where the choices of the reader lead to one or more of the imagined situations becoming real. I did try and read it out of order (I chose various segments to read in random order, while still staying within the linear progression of the story) but as it is now I think you really need all the perspectives to make it a cohesive story. I think you could switch the order slightly of the story’s fragments, but you would definitely need to read all of them to follow what’s happening (as opposed to a ‘choose your own adventure’ style story, where threads of plot can theoretically be left unread without causing confusion, etc, depending on your choices). 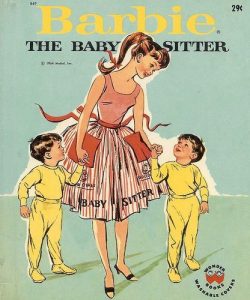