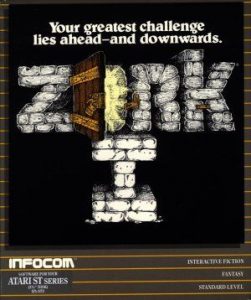 Hypertext fiction is a genre of electronic literature that I find to be quite interesting, and it seems to be a growing although niche genre of writing that is gaining attention on the web. I visited the website itch.io, which is a website for indie game developers to share their works with others. Within that site, there is a “twine” tag which leads to games that follow the basic frameworks of hypertext fiction. I do think hypertext fiction is present and actually quite popular, but not in the way that many may think.

“It’s not that hypertext went on to become less interesting than its literary advocates imagined in those early days. Rather, a whole different set of new forms arose in its place: blogs, social networks, crowd-edited encyclopedias.” – (Steven Johnson 2013)

Going off of that quote from Steven Johnson, I think there is another, more evolved form of hypertext fiction that is quite popular these days, and those are indie video games which are focused mainly on telling a narrative through the player moving an avatar to different locations. Think about it – instead of simply clicking on a link to read a snippet of text which reveals more about a story, you are interacting with a virtual environment to read that snippet of text, or hear the dialogue from a character. This is hypertext fiction that has been evolved to better engage the reader with a more visual and audible style. Despite this, hypertext fiction in its base form has a following as well. I found many games on the itch.io site that were based in twine and only used text hyperlinks to advance the story. I think that hypertext fiction is much more popular than we know it, mainly because it has evolved into graphic adventure video games in which the user can use an avatar to explore their own narrative path. Hypertext fiction can definitely do things that print cannot. It may be possible for a print story to take a reader on multiple narrative paths, but it would not be a user-friendly experience. Hypertext fiction allows the author to build a world that the user explores at their own pace and order, giving the user a special feeling of their own control, like they are exploring the world in the way in which they want to. With the popularity of user choice in media, I feel that hypertext fiction has a strong future in our world of literature.