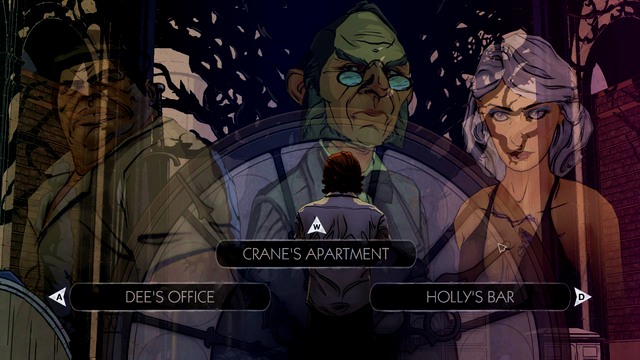 It’s hard to say at this point where I think the future for hypertext fiction will be. Hypertext fiction, like anything, can ride the wave of popularity. Hypertext has more options than a physical book that you could pick up at your local store. It gives the reader the ability to choose variety of paths which open up to different sets of dialogue, imagery, and plot. With that in mind here’s what I think would not work in the future. During class last week, as we were reading “Afternoon, a story” (keep in mind that this story was written in 1987) I couldn’t help but feel a bit uncomfortable with how the story was laid out. The way you had to jump from one link to the other by some sort of “tab” was very awkward compared to how you click on something in made in Twine or something similar. Not only that but I, as a reader, didn’t get a sense as to why I should have chosen any of the links listed. It wasn’t because of a lacked interest in the story but rather because I did not feel as if there was enough in the story presented to me to motivate me into making a decision. I could have just read maybe three pages of the story and been contempt with it.

I feel that this style and the style that appeared in “The babysitter” would quickly die off in the world of hypertext fiction. Perhaps back then it would have worked but you have to remember, this is the modern age, and our society is becoming more and more impatient. Everything has to be easy and attention grabbing. A lot of restaurants have some sort of tablet sitting at their tables so that customers no longer have to wait for the server to bring them their menus.

Not a lot of people take the time to read these days. When I say read I don’t mean the type where you are reading simply because your professor and the missing $500 from your wallet is telling you to do so. I mean the kind of reading that you are genuinely interested in like a comic book, Harry Potter, or A Bride’s Tale. Hypertext fiction is not trending these days because it failed to do so when it first debuted. Sure it’s attracting our attention, but that’s because in our case, it has too.

Hypertext also seems to be dying out in video games as well. It’s not that big of a genre anymore, especially Tell Tale games shut down; the makers of games like The Wolf Among Us, Guardians of the Galaxy (game), Game of Thrones (game), Batman (game), Minecraft: Story Mode(game) and the Walking Dead (game). With so many links to connect it takes too long to put out another hypertext fiction into the world. Supply doesn’t meet demand. If you have ever played any of these games you really start to appreciate this type of story telling. You feel in control yet can still be surprised all at once. Almost like some sort of detective. It’s extremely fascinating to make a choice and to see the outcome of your decision. That’s something that you can’t get from a printed book these days.