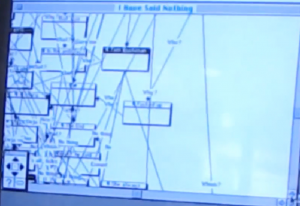 The change from traditional text to hypertext has only happened in the past decade with the advent of the medium as a whole. While hypertext new to the realm of storytelling I don’t think it will have as much of an impact as traditional books did. the use of hypertext has changed our culture and world really, like what was stated in Rettberg how hypertext introduced multilinearity to society. All of us in class grew up with the traditional book but have all learned how to use and interact with hypertext. this doesn’t mean that we all like one or the other better but it will be interesting to see younger generations as they grow up with both forms of storytelling what they will gravitate towards. whether we will all but abandon the traditional style of storytelling or if there will be a balance that happens. the latter is more likely. As well as how we interact with hypertext will change in time and who knows where it will go.