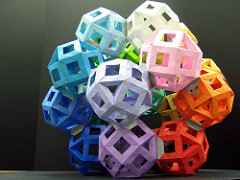 As one who is coming late to the genre of electronic literature, and thus to the form of hypertext fiction, the genre and form are still exciting to me. I may have less than a dozen Twine stories under my belt and my stories are utterly simplistic compared to what others have done, but I still feel curious and inspired when it comes to hypertext fiction. I like to imagine that others feel the same. Truthfully, I don’t have to imagine. Electronic literature as a field of study is still fairly new, and Rettberg’s book is one of the first real academic works on the subject. It was highly anticipated, and that’s because people are still very much interested in it; its forms, function, origin, and future.

The form of hypertext, using the word “form” loosely here, is almost neurological in nature. Just as neurons in the brain form bridges between like items based on association, hypertext fictions jump around with the author’s thoughts. Shelley Jackson described her writing style as “related fragments with no overarching design” (1998) and likened her creative process to stitching a quilt “where each patch is itself a patchwork.” In this way, I feel very like Marshal McLuhan’s “the medium is the message” is validated. The form is part of the story, and it’s intentional. The fragmentation in hypertext very much echoes the way we think in the digital age, clicking links to move between thoughts and gain more information, while our brain struggles to categorize and sort the date into a big picture that makes sense. In this way, hypertext accomplishes what print cannot, and it forces us to grow as readers. If this cycle continues, with writers and readers growing and adapting to ever-changing forms of writing (and I don’t see how it couldn’t) I think the future of hypertext could be even more interesting than its history.