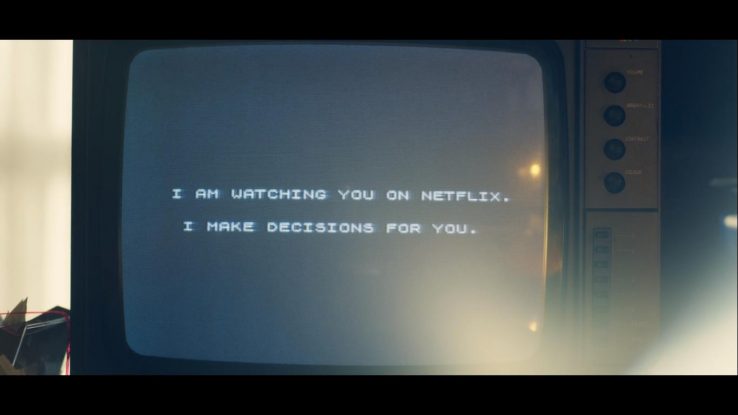 I believe that there is a growing interest in the complexities of human interaction and society. I also think that there is a growing interest in our future. I think that hypertext fiction perfectly encompasses these interests. Before even becoming aware and versed with hypertext fiction, I was a fan of the Netflix series, “Black Mirror”. This series explores human consequences, and especially the consequences of modern day technology. The Netflix show has quite the fan base, and has even inspired other works. I believe this show highlights the emerging interest in human consequences and technology. I find it especially entertaining to delve and explore those consequences when they aren’t personally affecting me. It’s interesting to talk about the “what if?”. I have also seen an emergence in this theme in video gaming. The widely popular game, “Red Dead Redemption 2”, follows the storyline of an outlaw. The player, although following a set storyline, can make decisions for the character to determine their morality, and the way that the story plays out. Hypertext fiction is a very exploratory genre that I believe follows these trends. It allows the reader to make decisions, explore consequences as an outsider, explore technology, and explore the complexities of human nature and thinking. The Netflix show “Black Mirror”, in particular, recently came out with a film. This film called, “Bandersnatch”, is a branching, but mostly linear story, that the audience can control through prompts and their television remote. In the article, “Why No One Clicked on the Great Hypertext Story”, by Steven Johnson, Johnson explores the evolving of Hypertext fiction. He says that our internet tendencies, like reading a blog, or following links in a news article, follows a hypertext format.

Although following along a similar thread, true hypertext fiction of nonlinear, branching and linking story-telling, have become more obsolete. Even in the instances of “Black Mirror”, and “Red Dead Redemption 2”, these narratives follow a general linear path and generally move forward in the narrative with each decision. In “Afternoon, a Story” by Michael Joyce, the narrative although having a base linear story, often take spindling directions that can land you in the beginning, middle, or end of the story. “Afternoon, a Story”, also incorporates the challenge of multiple character’s viewpoints that further complicates the story.

Johnson states in his piece that, “It turned out that nonlinear reading spaces had a problem: They were incredibly difficult to write.” This statement seems to predict the way that Johnson believes hypertext fiction will continue to evolve. Although Hypertext fiction certainly follows developments in current trends, I believe that linear fiction will certainly win out. The evolved version of hypertext fiction that follows a primarily linear path, such as the “Black Mirror” movie, “Bandersnatch”, is what I believe will remain popular. The link-structure, nonlinearity and fragmentation of hypertext can certainly express more of human nature, human thought processes, and human consequence, although I believe it’s cousin of linearity, will continue to remain more popular.