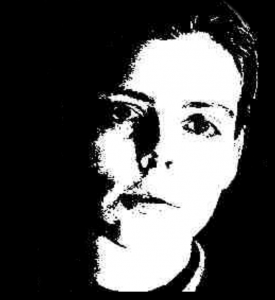 What I really liked about the story “My Boyfriend Came Back From the War” is the story. From what I can gather of the story it appears that the story is that the boyfriend comes back from the Gulf War, and him and his girlfriend are sitting next to each other, with their backs turned. Neither are looking at one another which is a powerful image that really sets the tone for what is to come. The use of visuals in general is incredibly important and well done. I like how on the right is the girlfriend and on the left is her boyfriend who returned from deployment. Between them is a frame, which (I may be reading into this) I argue signifies the rift that has been created, as displayed by the fact that there is a picture of a helicopter off in the distance; representing how war has ultimately created a rift between them. Her cheating on him also creates that rift. 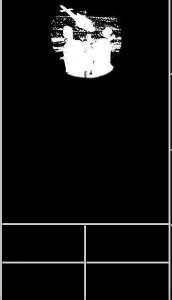 One of the things I noticed was that as the dialogue progressed, the frames continually grew smaller and smaller, this was pointed out in Net Art Anthology’s piece about this hypertext story. Like what was discussed above, this fragmentation serves as a way to further represent the breaking down of the relationship between the two of them.

What is nice is that unlike earlier hypertext stories like Victory Garden is that it isn’t huge walls of text. Olia really utilizes the visuals to tell the story, the dialogue is more an addition to it all. Olia could’ve just used visuals alone and I argue that the general story would’ve been just as easy to follow.

The only issue I took was with the ending, because it doesn’t show who is talking I had a hard time figuring out who was talking and who was not.