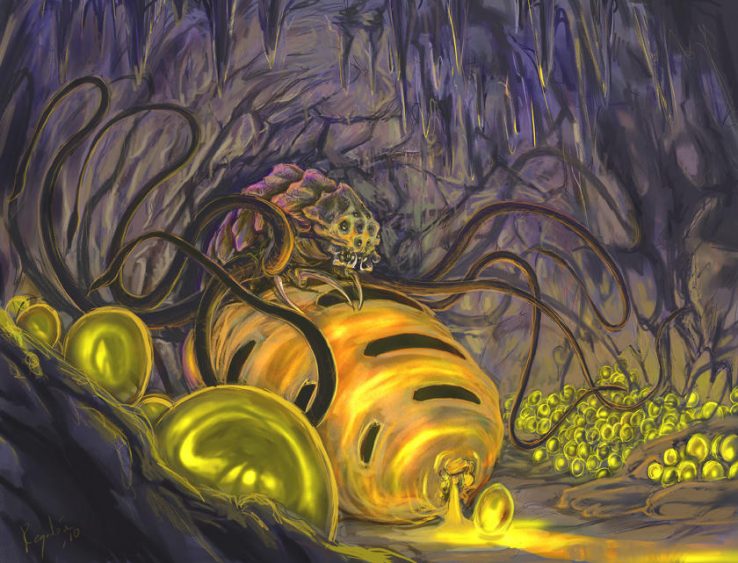 I chose to look into With Those We Love Alive and Deviant: The Possession of Christain Shaw. The first thing you will notice when playing these games is how they choose to tell their story. Deviant uses graphics an animation, similar to an amateur flash game, to showcase the reader what is going on while music is added to establish an atmosphere. The music changes as you progress throughout the game and things take a turn for the weird. Characters’ mouths move but no sound can be heard, monsters appear and disappear with the flick of your mouse, for something so simple it sure does a good job of being creepy. When I first played this game I was a bit unsure of how to progress but when I played through it the second time I had a better idea of how to progress. Little X’s would take you to the next “scene” but sometimes you just couldn’t help but feel like you missed something important.

The gameplay in Deviant relies entirely upon hovering your mouse and/or clicking on things. Hoovering over flowers makes them wilt and causes berries to become demonic supposedly? According to the text provided at the end of the game Deviant: The Possession of Christain Shaw is based on one of the most well-known cases of ‘demonic possession’ in Scotland’s history that happened in 1696. The game illustrates this by showing the interactor some disturbing events that supposedly happened in 1696. As you go through the story, Christain’s condition gets worse and worse. She has a rash on her stomach, her eyeballs start sinking into the back of her skull, and at one point she pukes up a lump of coal that is extremely hot to the touch. One could argue that the goals in this game are unclear. While you could say the imagery for Christain’s condition is your “health bar” it is rather unclear whether or not you were helping Christain or not. Sure, in the end, she turns out to be fine but according to the event that this is based on

“She, an 11-yr-old child, was able to sustain herself against and repel the devil from her body”

So were we the savior or the demon?

In the IF With Those We Love Alive the narration takes a different approach. Unlike Deviant, this IF depends entirely upon words and your imagination. The music in the background is calming, as if oblivious to the giant bug queen. The goal in this game is to make the giant larvae queen happy by crafting items for her. Progression through this game takes a little while to figure out but it almost plays like a modern game. You can either explore the area or fast forward to the next day by sleeping. Not much of your surroundings changes other than what the queen’s hounds are doing. Other than giving the queen gifts on the occasionssion there isn’t much else to do. The game doesn’t offer the reader any puzzles, they aren’t pressured to do anything until the queen demands it, it’s almost as if the game is lacking in areas. The game loves to pick at your brain. From customizing the queen and her accessories, to the idea of what’s real and what isn’t. Although the game may be lacking in “objectives” the story really pulls the reader in, especially after the queen releases her spores. The little details and the anticipation as the action begins to pick up really grabs the reader’s attention.