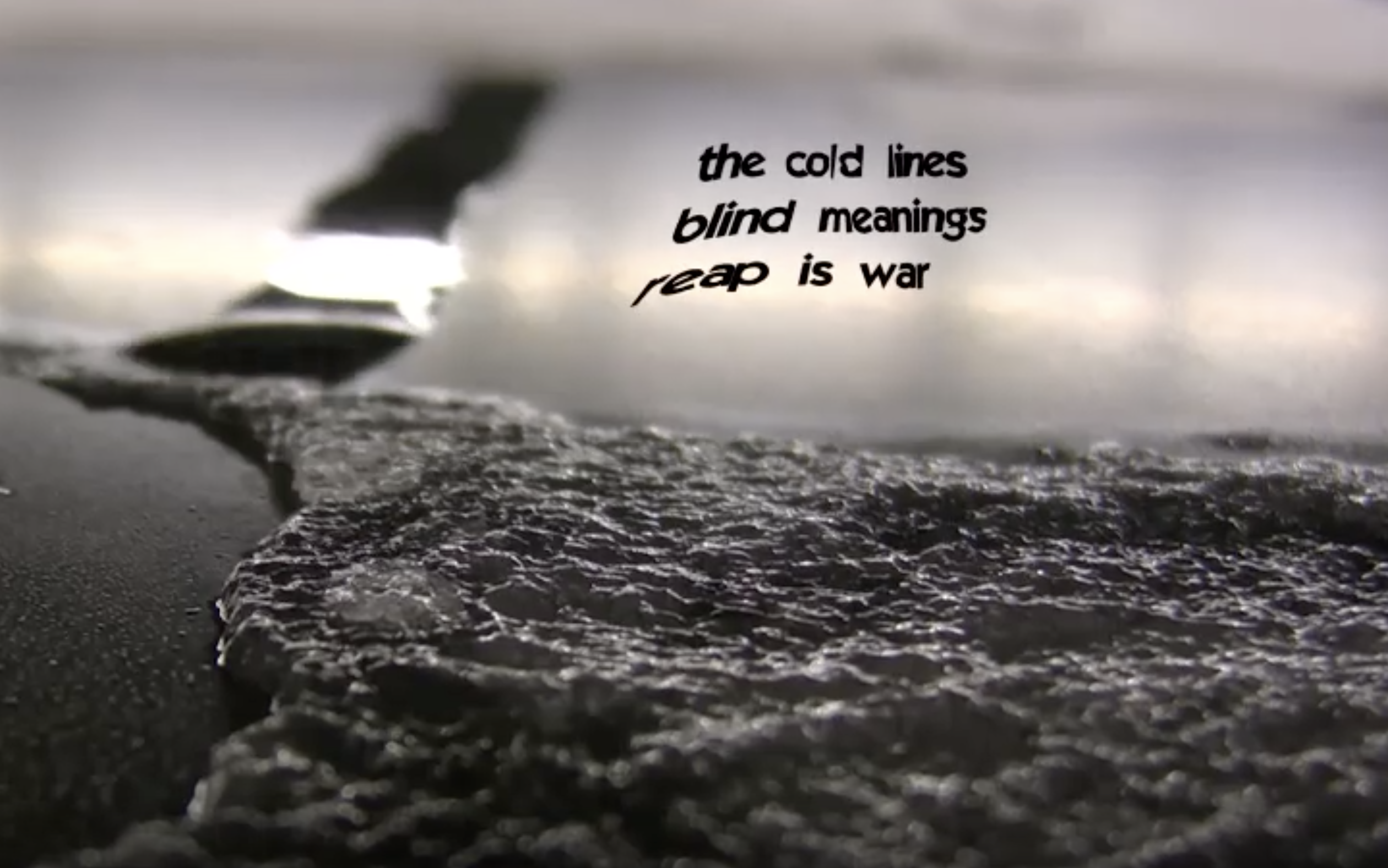 This week, I chose to focus on Rain on The Sea by YoUNG-HAE CHANG HEAVY INDUSTRIES and SOFTIEs by David Jhave Johnson. I found that with SOFTIEs, although film poetry is more often considered to be films with subjects performing spoken word poetry while different imagery passes by, SOFTIEs works almost as its own form of film poetry. There is still imagery passing by, but the teext is incorporated into different parts of the “scenes” that Jhave has created. I think the imagery he chooses to show in the film portion of his works (water dripping, etc.) serves as a sort of symbolism that connects to his poetry. For example, in “” it shows dripping water on a dark surface and reads “the cold lines, blind meanings, reap is war” “the cold lines” could refer to the water dripping, which could be symbolic for something much darker (blood, etc.). When I looked at Rain on The Sea, I found that is blatantly portrayed futurism, with its stark white background and plain black text flashing intermittently. I really enjoyed this piece and found that it was very successful in provoking emotion. I think this was partially due to the text flashing by so quickly it almost didn’t give my brain any chance to process it other than the immediate meaning of the word that was flashed. The work has a very dark undertone, accusing the user of murder, etc. and the fact that these accusations were flashing by so quickly helped cause a sense of urgency and desire to know what the user supposedly did in this work.