The first piece of poetry, that I read, that I found to have stood out was Stephanie Strickland’s “The Ballad of Soot and Sand.” I found the poem to be amusing in a way that it shows how different-colored texts can show more meaning to the poem than others. It also shows progression in a way that you feel peeks your interest with how you feel. It can also show us that multilinear can work on a much deeper level and more than just games but you can also read poetry with choices. the multi-color effect also gives people a sort of what is what, like the topics of being discussed in the panel and the corresponding picture that is shown and how they are sort of similar. 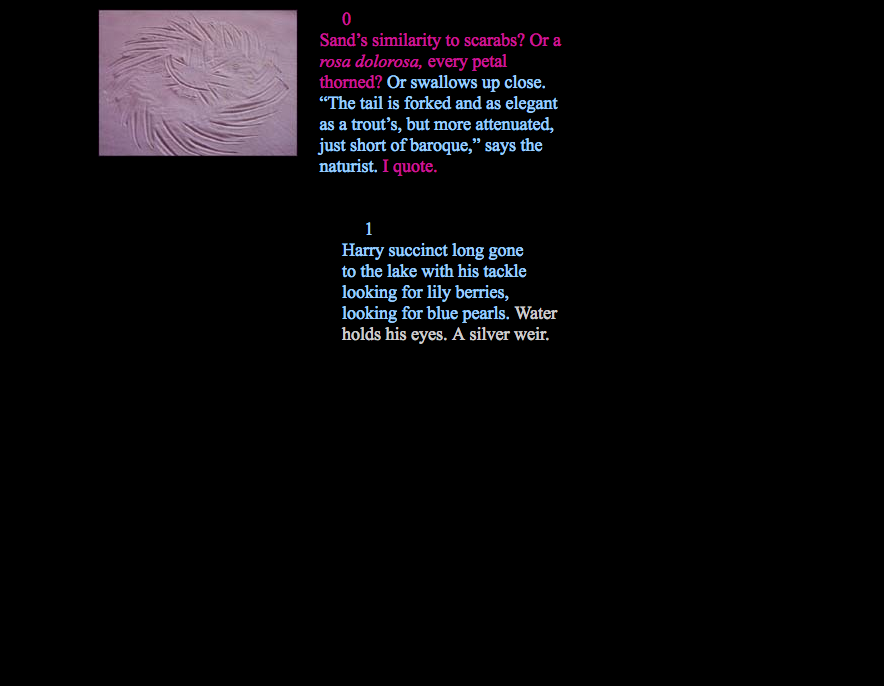 Another poem that I found to be very interesting is Brian Kim Stefan’s “The Dreamlife of Letters.” I liked the poem because it did something that I think is a good addition to Kinetic poetry and that is “Visual Poetry” for people who don’t necessarily like to just read with their eyes but see what the action of the words within the poem itself.

“Considering the relation between writing and technology, visual poet Derek Beaulieu writes that he proposes a poetic where the author-function is fulfilled both by the biological ‘author’ of the text and the technology by which it is created” (Beaulieu, 2012, p. 74)

This tells me that authors and poets alike wants to show a different way of telling stories to readers by having them to be shown.