This week, I explored “88 Constellations” by David Clark and “How to Rob a Bank” by Alan Bigelow. In Clark’s work, a fictional world is generated as the user navigates a constructed space by choosing from two different circles of constellations. They can also follow a stricter path by selecting a star from the next constellation in line. In addition, the work generates fictional worlds by employing multimedia, as it reinforces ideas and major parts of the story through imagery and audio recordings. 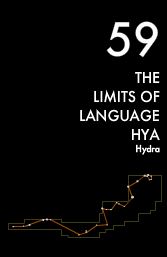 Though the work is nonlinear and presents the narrative in fragments, the work can be understood as fiction because it contains multiple narratives that all form a larger whole—a story detailing Wittgenstein’s interesting life as a philosopher. Throughout the work, snippets of his experiences are shared with the reader, as well as other characters and major events that share a relation with him. But because these snippets are told in a nonlinear fashion, the users must take an active role in determining which direction to explore the story. This makes the work highly immersive, which is deepened with its interesting theme, the user’s freedom of choice (the user chooses how to explore the work) and a captivating story presented in an original and thoughtful way that sparks the user’s thinking.

Despite being an immersive work, one could argue that “88 Constellations” is also an abstract piece. Each fragment within the story is linked to another based on associations Clark made between them. Though it is sometimes obvious why two fragments are linked together, it is not always clear why the artist connected them (though the user may discover this meaning on their own.) “88 Constellations” can also be seen as abstract because it acts as a metaphor for creating constellations in the sky by connecting dots, making associations with them in the process:

“Join the dots together. Make pictures in the sky. Connect the muddle of our thinking to these drawings in the sky.” -David Clark’s 88 Constellations

Like Clark’s work, Bigelow’s “How to Rob a Bank” generates a fictional world through interactivity and multimedia. The work is presented through a series of social media platforms and apps on a mobile device, and includes visuals and sounds. Users also interact with the work by swiping left or right, mimicking how mobile devices work. This adds a level of immersion to the story, as users feel the presence of a mobile device and are prompted to interact with the work to progress the narrative. 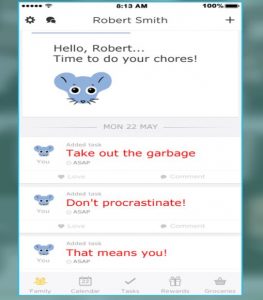 The story itself is presented through the dialog of different characters and their interactions with mobile devices, who often project their thoughts and habits onto them. In this way, Bigelow lists a chronological series of events through various character’s uses of social media. These events cover one main plotline (a man who makes a living off of robbing banks), though the side characters also have their own stories to tell (for instance, a jealous sister wanting as much attention from adoring fans as the robber’s wife.)