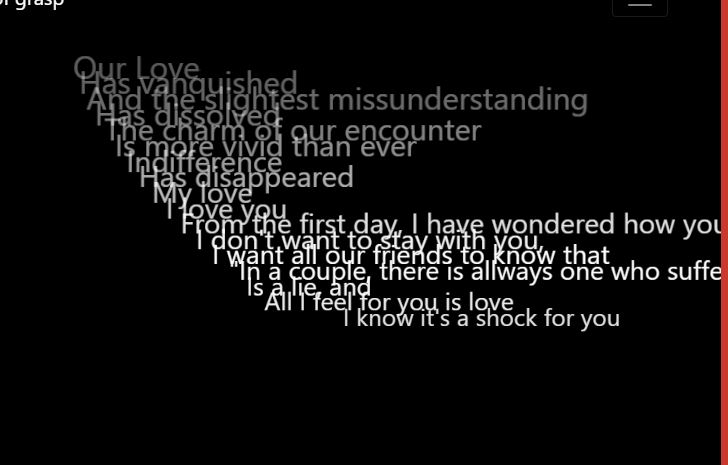 For this blog, I started off by reading How to Rob a Bank Part 4 by Alan Bigelow and was surprised by how the story was presented to me. The electronic literature work is presented on Sarah’s (aka Elizabeth) smartphone with a layout that’s a bit odd honestly. The entries and her phone case make it look like we are actually looking at a book instead of her phone. In her phone, she writes about her day to day life with her newborn Alexandria (us) and her husband Robert. There doesn’t seem to be much we, the player, can do in terms of interacting with the piece other than going forward or backward. We know this is Sarah’s phone because of the button layout and the several webpages that we see displayed inside. We play Robert’s button game, we use a meditation app and a baby lullaby app, we also Google how to fix a broken family and what to do when we are bored. These “activities” tie in with our modern day lives where we do everything on our phones. However, although the piece offers me all of this I don’t understand it as a fictional piece. The weird intervals where she shows us a scene from The Simpsons and Archer, and an explosion just seems random and doesn’t seem to tie into anything meaningful. Rather it leaves us in confusion or a state of relaxation

For my final piece, I decided to give Loss of Grasp by Serge Bouchardon a try. This one is probably one of my favorites. It plays with the text far more than the previous work. Hovering over a line of text changes it into a new line of text. The text is used to reveal pictures such as a pretty woman or present a note in a new and meaningful way. For example, when you receive the note from your lover, moving your mouse up and down adjusts the singer’s tone like a theremin as well as the lines of text. It’s very pleasant and fun to interact with. This same action is used at the beginning with the colorful music balls. The game is telling us a story of how this man met his downfall. We feel his pain when he reads between the lines of his son’s paper and when the opera music is playing as we read the note the wife left him, he starts to feel small and meaningless and is desperate to take hold of something, anything. In the end, we type out a paper with him on a typewriter, in hopes of bettering himself, that is until the typewriter jams and the story ends. In a way, I am a bit unsatisfied that the story ended there. I feel as if the author could have put in a bit more. What happens after we jam the typewriter? Does he continue to type? Whatever happened to his son? What went wrong there?