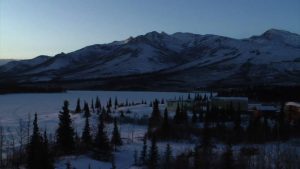 “The keywords in this file were typed into AOL’s search engine by users who never suspected that their private queries would be revealed to the public.”

The one I mostly looked into this week was the video “I Love Alaska” by Lernert Engelberts and Sander Plug. The first thing I noticed is that the background is a picture of Alaska, which is obviously fitting for the story. As the story goes on, it looks like the picture is moved and becomes dark which I saw as the passing of time in a day/night cycle. I wasn’t sure but at least to me it looked like the picture was the same throughout. The format of this piece of work is flarf, which is using primarily Google searches in a type of poetry or other work. The online network is made very visible to us in this work, as the “storyline” is that of a middle aged woman, whose searches on the internet were made available to the public by AOL. Throughout the video she is referred to as “#711391”. She uses the internet to talk about her secrets when she can’t talk to anyone else. Such as searching things like,

“I thought I could handle an affair but I couldn’t”. 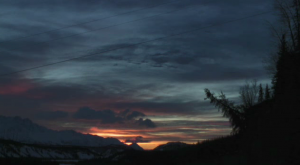 The story itself is very interesting because you get to essentially see into the mind of someone who didn’t ever expect anyone to see her searches. This story is so emotional and raw I was extremely invested in it. It’s also a good reminder that not only is the internet permanent, it’s never really private. This is an important lesson in today’s time because a lot of people think the internet is more private than it really is. Google always remembers your searches, FaceBook knows that you’ve been looking at recently and will show you ads to represent that.