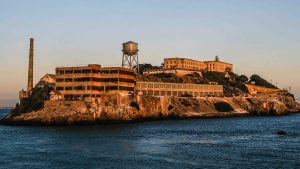 The “divergent stream” brought up by Rettberg that interests me most is the use of locative technology in a narrative way. I have always found locative technology to be incredibly fascinating. If I am bored and have nothing to do, one thing I do to pass the time on occasion is just look around and explore the world on google earth, just to see what different locations in the world truly look like from up above. Locative technology has already been gamified in an incredibly successful manner with the mobile game Pokemon Go. But, while pokemon go is a successful venture into the locative technology game market, it is completely lacking in narrative. I have yet to see or hear of any successful mobile game that tells a story by directing users to real-world locations. As Rettberg brought up, locative technology can hold many possibilities in this regard, one of them being the idea of guiding the user along the tracks of a criminal in the real world.

Rettberg also brings up the fact that locative storytelling has been used in a purely audio sense, such as guided tours of a specific location. I myself have experienced this form of locative storytelling when I visited Alcatraz island in 2004. I remember being handed a cassette tape or audio player of some sort and a pair of headphones and being guided through the prison as different stories, facts, and details of Alcatraz were told to me through the audio device. Unfortunately, I was too young to be truly interested in or appreciate the stories being told, but I do definitely somewhat remember the experience. With things such as virtual and augmented reality on the rise, I think it would be amazing to see the “audio museum tour” be taken to a new level. Once augmented reality becomes more commonplace, it would be possible to add amazing visual elements to these audio tours by showing the events themselves unfold right before the user’s eyes. One story I do vaguely remember in the audio tour of the Alcatraz prison is the story of inmates that managed to escape or almost escape. Maybe with the addition of augmented reality, being able to not only hear the story but also see it unfold as it did in the very same location that it originally took place, I would be able to remember it more vividly.