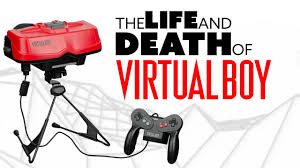 Virtual Reality has recently risen in popularity in recent years. A type of technology that in theory “transports” you into the world of whatever game you’re playing, movie you’re watching, or story you’re reading is a very interesting concept that has been around for many years. We’ve only recently started to get the technology to actually be able to create this in a way that is effective and works how it should. Virtual Reality was also the basis of the movie “Ready Player One”, which is set in a future world where basically everyone lives in a VR world, because the real world is corrupt and slowly deteriorating. The idea of being able to actually enter and interact with your favorite worlds is a fantasy that most of us have wanted since we were little kids. Didn’t you ever want to be in the world of Harry Potter, Lord of the Rings, Percy Jackson, Eragon, etc? With VR this will eventually be possible. Video game companies are already capitalizing on the world of VR. Such as the PlayStation VR with motion controllers and a headset that will transport you into the world of a video game. This isn’t the first time a VR set was created by a company. The first time I actually learned about VR was when I was doing a timeline of the history of Nintendo consoles for a school project. One of the ones I found was called the Nintendo Virtual Boy, which was a system that had the idea of using VR to play games. However, the console was a massive flop mainly because of the technical limitations there were at the time. Mostly the fact that the only colors you were able to see were red and black. 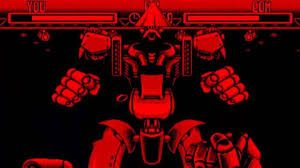 The idea of VR is so cool and has been around for quite a while, so it’s going to be awesome to see what we can do as technology only progresses. Augmented Reality however, is far more common. While Virtual Reality transports us to other worlds, Augmented Reality effectively puts other things into our world with the use of camera or other device. AR was really big on Nintendo’s DS Systems, most notably I believe the DSi was the first to start using AR through the use of its camera. The 3DS expanded on this by giving us 3 dimensional augmented reality. As a kid, this was really cool to play with and something I used all the time. Of course, the limitations were still there so most of the games were just little minigames and weren’t too amazing, but it was still something very new and fun to explore. The use of AR was then made extremely popular through the use of the app Pokemon Go, which came out in 2016. The use of AR in the app is optional, but many fans of the game were loving the idea of seeing Pokemon in their every day life. There were so many posts on social media of funny places people had found Pokemon and everyone was having a ton of fun with the idea.