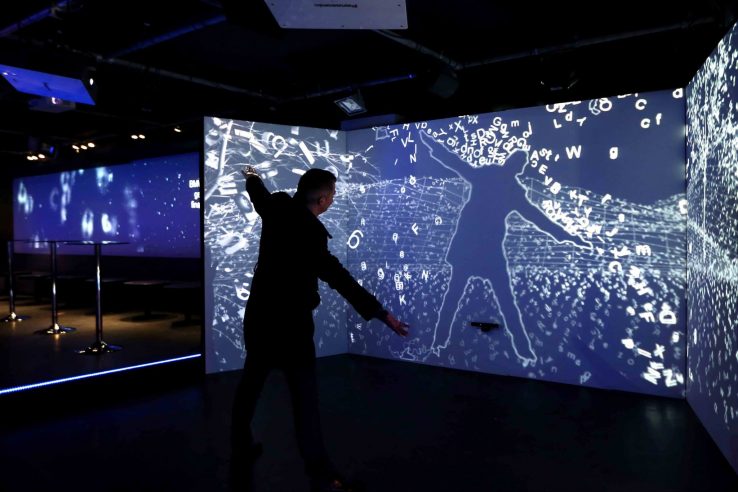 The new form from Rettberg’s final chapter Divergent Streams that interests me the most would have to be the Interactive Installations. The reason this form of divergent stream interests me the most is that I love media that play around with its surroundings. When I was a child, there was this little game that was projected on the floor at one of the malls my mom would take me to. Colorful balls would bounce around in the projected area when you touched them. The balls would then leave a trail of paint as they bounced. There are several possibilities in virtual and augmented worlds according to Rettberg. Large works have the opportunity to provide “direct sensory feedback in response to physical movement of our bodies” (190). We’ve seen this sort of response in games for the Oculus Rift, a device that enables a player to participate in a 3D virtual world. With this form, we have the ability to immerse ourselves further into the world that a literary work takes place in by the idea of using color and moving text/images.