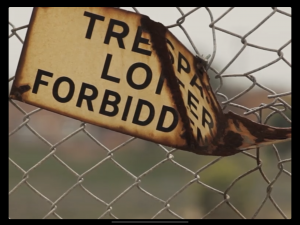 The first half of Pry was really enjoyable, and I’m really excited to go through the second half now. In the prologue, I didn’t really understand what was going on and even after going through the first four chapters, I’m still not sure I understand it. However, Pry was so immersive for me I found myself sucked into the story and it really feels like you’re actually there. The way you “open” the characters eyes to see the world around him and “pinch” the screen to go further back into his mind is such a unique way if viewing the story that adds so much to the storytelling. There were also multiple points that just had me mesmerized staring at the screen. I dont remember exactly when it was, but at one point there was just a load of words flashing into the screen changing rapidly. I caught myself just staring at it completely entranced by this and it was insane. I think I can honestly say I’ve never been as invested in a digital story before. 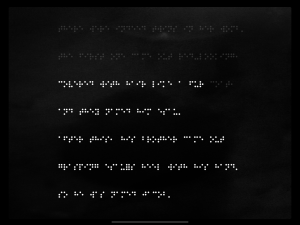 One of the coolest parts, which I’ve already seen a couple people comment on as well was the Braille chapter. The idea that as you scroll your finger across the Braille on the screen it actually reads it to you was absolutely genius. I love the effect that has, not only does it contribute to the story and the characters vision loss, but it helps you relate and further pulls you into the story making you feel like you are the character in the story. 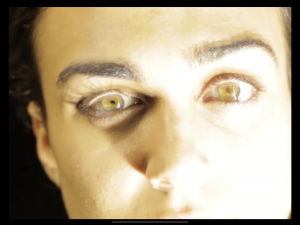 I’m still not completely sure of the whole story, from what I can tell it’s about someone who used to serve and he’s dealing with life after. Some of the things he’s struggling from are his PTSD, and like mentioned before, vision loss. Overall, I think this app does everything right. It’s really just an amazing work of art and I can tell the people who made this put a lot of work and thought into it. I also really want to know who the girl in the beginning was that (I think?) killed him. 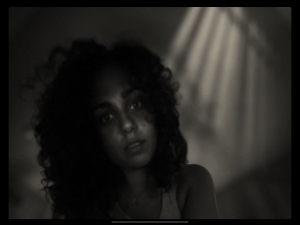