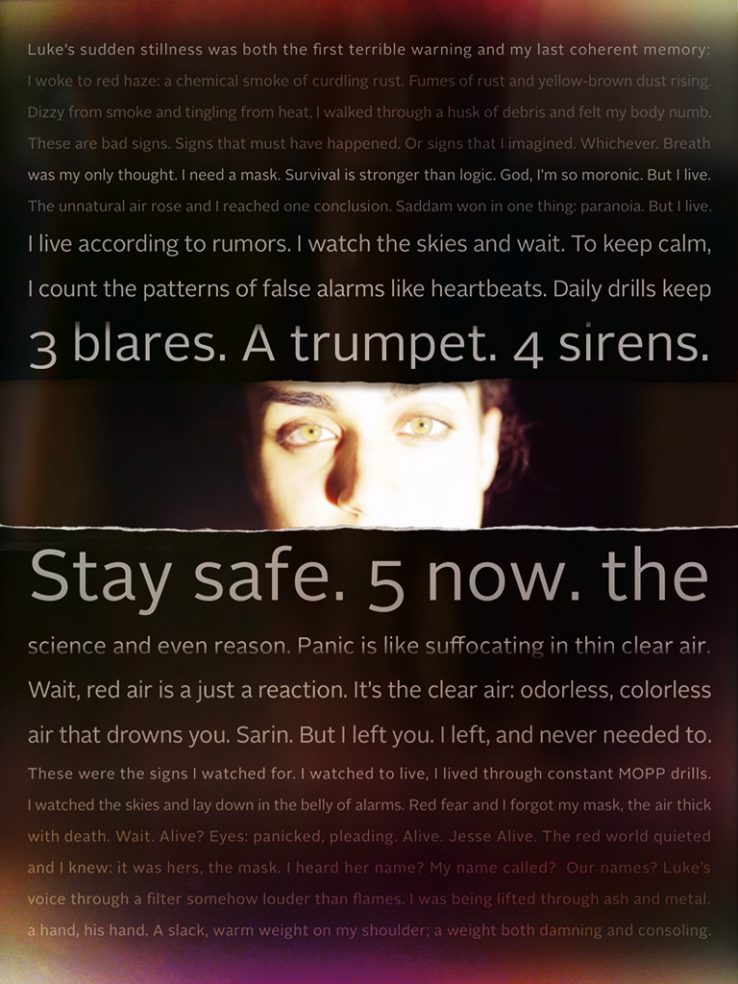 Chapter 5 begins with another job given to the main character (James!), to inspect the integrity of an old bridge. While he does this job, James narrates about how he and Luke grew up together, and Luke’s realization of James’ failing eyesight. It’s interesting. I distinctly remember a part where James falls off the bridge, but then the next morning I reread the chapter and I did not see it again. Am I dreaming in PRY now?

Chapter 6 was quite long for me as I discovered the reader could pull apart every single line to read or watch some additional information or something that complemented the passage around it. My puzzler brain wanted every line to be completed before I moved on. This section spoke a lot about Jessie, and her role in James’ and Luke’s life in the military. James had a crush on her but she gravitated towards Luke, which James seemed to accept. This was the section I spent the most time with and was most amazed with because of the amount of work put into everything.

Chapter 7 shows a progression of what appears to be his life in the military, settling on a few moments, particularly when he and Luke build a camp and are talking in the middle of a desert. Jessie also has a part here where you discover how her friendship with Jessie grew. But a wrench is thrown in when James reports her relationship with Luke, and Jessie is VERY upset. They have an altercation in a supply closet which is followed by an image of her still, on the ground, and it made me think at first that he killed her, but then they’re all playing poker and he says she was alive, so that part was a little confusing to me.