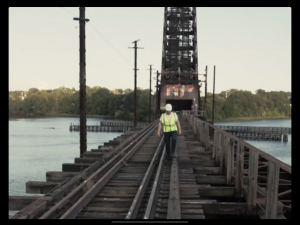 The second part of Pry is just as immersive, while revealing more of the actual story. Chapter 5 starts with James taking another job that leads him to a bridge where he eventually falls off into the water after his vision fails him, he then appears in a desert where the text just keeps saying “Go back” with various other phrases. I think this is him trying to go back into his mind to the time he was at a base, since that was also mentioned. If you try to pinch into his mind, it’s just videos of him still sinking into the water from when he fell on the bridge. 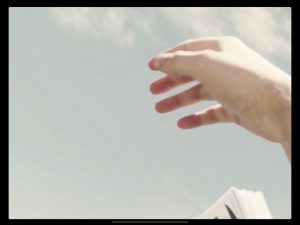 Almost like while he’s sinking into the water, his mind is thinking about his past, somewhere else completely. Chapter 6 was pretty cool, as it started off with just two lines of text and every time you pried the text open, more would appear until eventually you could “tear” the text in half to see a video behind it. Eventually, the chapter ends and forces you onto the next one. Chapter 7 then begins with James and Luke sitting in the desert by a fire they built, and as you pry, you can switch between multiple videos while their voices talk in the background. 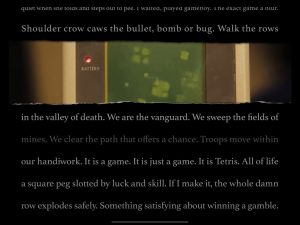 It was really cool to be able to switch between all kinds of different things happening in the same place while still hearing the story behind it. Chapter 7 also starts to reveal more of the story between James and Jessie. It’s apparent that James blames himself for Jessie’s death, even though she died because of an attack in a building. James says that it was his fault, and that she called to him but he ran away, leaving her to die. However the text, and presumably Luke, say that he wasn’t there at all, and he was in a different building across the street playing poker. It’s revealed through more videos that James and Jessie got into a fight, which caused her not to go to the poker game and end up in the building that was attacked, causing her death. James says that she wasn’t at the game because of him, and if she was there she would have lived, making her death his fault. At the end of chapter 7, James pulls himself out of the water, and the user is unable to pinch or pry into his mind anymore. 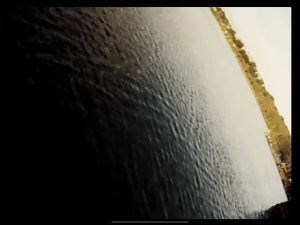