When my imagination runs away from me while watching The Twilight Zone, forcing me to realize that I need to get out and reconnect with nature. Making this video was a challenge in that the clip that I used from The Twilight Zone had a lot of movement making it hard to make my cup look like it was part of the scene. Two whole days later and a sore back I finally made it work. I wanted to depict my character feeling trapped at home and watching too much TV. Then going for a walk to clear my head and reconnect with nature and feel rejuvenated. I recorded coffee being made, me walking, the sound of me driving, and the sound of birds then layered them to add to the story.

The short film that I watched was Meshes of the Afternoon from Maya Deren. Her film uses a surrealist perspective by focusing on the subconscious thought with an avant-garde filmmaker’s approach. I am reminded of film producer Luis Bunuel, whose early works can be described as a mixture of the conscious and subconscious Made the first surrealist inspired film titled  Chien Andalou in 1929 with Salvador Dali, the film explored dreams and the irrational side of them. Luis Bunuel was part of the surrealist movement in Paris and his second surrealist styled film L’Age d’Or in 1930 was met with angry protesters who found his film to be immoral, later the Parisian police banned the film. Deren’s film follows the same path by creating and staring in her own experimental film that explores her inner thoughts in a poetic fashion.

Deren’s film Meshes of the Afternoon is hailed as a feminist classic in American cinema and was inspired by the surrealist movement in 1924 Paris. Deren was one of the earliest female directors who was influenced by surrealism. In 1943 she desired to make an avant-garde film to deal with inner thoughts during the Feminism movement in America expressing the frustration of a female living in that time period. 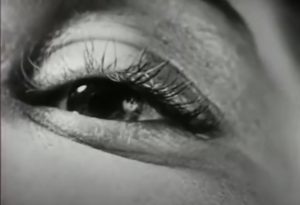 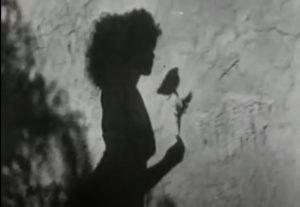 Bunuel’s surreal filmmaking was aimed at challenging cinema norms during the Spanish civil war and the fascist Franco regime his later films focused on the bourgeoisie with a mix of surrealism and realism to break up the narrative. His technique of “interruption” broke the traditional Aristotelian story structure forcing the audience to become active participants. 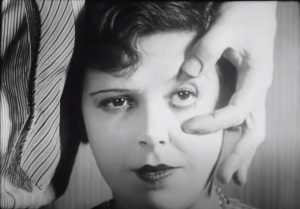 Both film producers began their careers during civil unrest, and it showed. Luis Bunuel forced the audience to become part of the movie by disrupting complacency during a time when the Spanish people were under the Franco dictatorship. Deren herself influenced by the surrealist movement made her film after WW2 and during the Women’s movement, she used Avant-Garde as her medium to challenge traditional beliefs in reality.