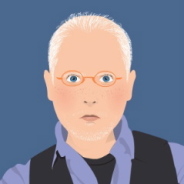 Thom Swiss has published two volumes of poems (Measure, U Alabama; Rough Cut, U Illinois) and many volumes of criticism, including recent volumes on new media poetry and poetics (MIT Press) and Bob Dylan (U Minnesota Press). His poems have been published in Ploughshares, Iowa Review, American Scholar, New England Review, and so on. His new media poems have been exhibited internationally. He is Professor of Culture and Teaching at the University of Minnesota. 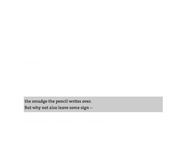 “Shy Boy” is, like all of my born-digital work, a collaboration between myself and artists working in design, animation, and sound. For what it’s worth, the boy in this piece is a version of my own son when he was in late elementary school. Like many new media poems, this one is an experiment in both how to read and how to listen. Its pacing and animated erasures are meditative and intended to be so quiet as to be nearly “under the radar.”