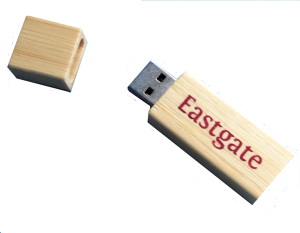 To preserve digital works three modes have traditionally been employed: migration from an older format into a newer one (e.g. CD-ROM to flash drive), emulation of guest system on a host system (e.g. system built on Apple GW-BASIC but changed to one built on C++), and collection––retaining vintage hardware and software for accessing the original formats. Curators like Christiane Paul have advocated for migration and emulation for ease of maintenance and economic reasons, but Digital Humanities scholars like Alan Liu, Nick Montfort, Noah Waldrip-Fruin and others, have highlighted the need for preserving the human experience and cultural history through collection. The problem left unsolved, however, was how to broaden collection so that 1) libraries and museums do not need to maintain the large number of required hardware and software needed for accessing digital works, and 2) audiences do not have to travel to specialized labs to experience the works. The “Pathfinders Project” sought to answer these challenges of collection with its documentation methodology. 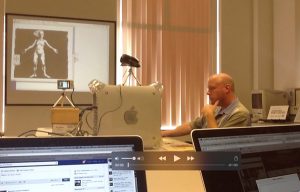 Thus, course begins with the idea that documentation is a form of preservation involving the transference of a human experience into a memory system that enables that experience to endure over a period of time and be made accessible to others. It differs from emulating, migrating, and collecting––all of which aim to instantiate a form of a work––in that it functions as a descriptive practice that augments other modes of preservation. As such, documentation can be carried out with many different approaches depending on the specificity of the work, and should provide as full and precise an expression of the world as possible. It also implies recognition of value of that expression to a future audience.

The course also makes the assumption that practices for documenting works born native to the digital world differ from those born to the physical. If indeed, as Abby Smith Rumsey suggests, memory is required for survival and impacts not only the survival of a species but of that species’ culture, then needed in this “Age of Matter,” as she calls it, are documentation practices that address the way in which physical and digital memory systems can be combined and harnessed to preserve human experience.

Overarching questions for the course: