Blog: After reading Rettberg’s chapter on the evolution and variety of digital literary games, explore the works listed above and choose at least two to explore in-depth. Compare the uses of game interaction to communicate narrative or poetic ideas. How do game goals and puzzles involve the “interactor” in finding meaning in the works?  Are there clear goals or is the game framework an excuse to explore more literary ideas? How do the works engage your imagination?

Hamlet on the Holodeck, by Janet Murray

IF dream: Story Simulation
games as literature and experience, where you play a role in the story and can change the story

Procedural Simulation? A problem of limits…

Deviant: The Possession of Christian Shaw, by Donna Leishman (2004)

Making Space: “establishing shot” is also an index to the places of the story 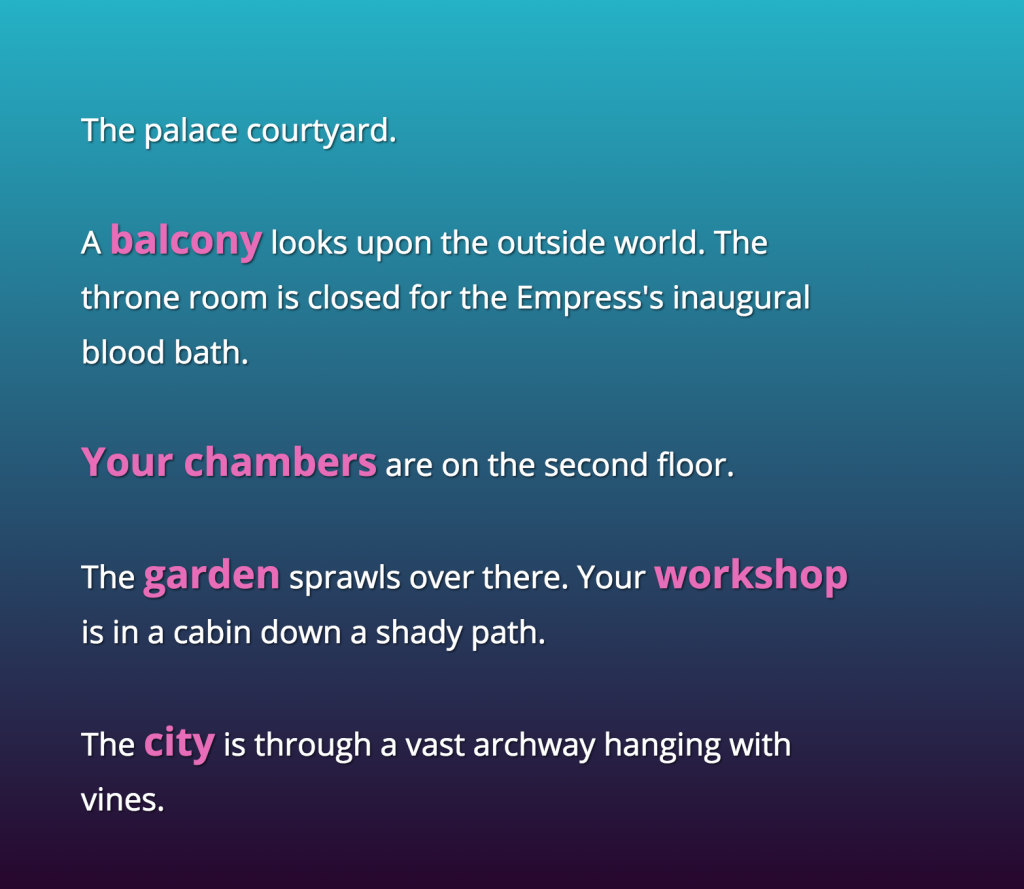 Write a research entry for the Electronic Literature Directory (ELD) about a term or a work of a electronic literature. The essay should be 500-750 words and include a bibliography, screen gabs or screen captures. A list of terms and works will be provided.