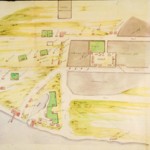 In order to develop historically correct stories, I have been reading numerous historical documents and scholarly sources.  Students in my DTC 354 Digital Storytelling class have worked with me during the spring 2012 to annotate these works so that the information is available to other scholars interested this historical period and the Fort.

A special thank you also goes to Greg Shine, Chief Ranger & Historian Fort Vancouver National Historic Site, and Donna Sinclair, Program Manager, Center for Columbia River History, for their help in developing the scholarship for this phase of the project.

Beaver, Herbert.  Reports and letters, 1836-1838, of Herbert Beaver, chaplain to the Hudson’s Bay Company and missionary to the Indians at Fort Vancouver.  Ed. Thomas E. Jessett. Portland, Or. : Champoeg Press, 1959.

Chambers, Elizabeth Harrison.  Incidents in the life of Elizabeth Harrison Chambers : collected from memory’s pages and compiled November 23rd, 1910, after the hand on the dial-plate of time had measured me off 82 years.  1910.

—.  The Letters of John McLoughlin from Fort Vancouver to the governor and committee.  Ed. E.E. Rich ;   introduction by W. Kaye Lamb.  London : Published by The Champlain Society for the Hudson’s Bay Record Society, 1941-1944.

Armitage, Susan.  “Making Connections:  Gender, Race, and Place in Oregon County.” One Step Over the Line.  Ed. Jameson and McManus.  Alberta, CAN:  U of Alberta Press, 2008.

Boyd, Robert.  The Coming of the Spirit of Pestilence.  Seattle:  U of Washington Press, 1999.

Peterson, Jacqueline. The new peoples: being and becoming métis in North America.  Minneapolis:  U of Minnesota Press, 2001.

The fenced area of Village houses was more than likely used for raising pigs, Pages 115-6

Excerpt from book, Sir George Simpson, by Arthur S. Morton.  1944,  p 146.  Talks about FV as a fine place for “herds of swine” and for growing “Indian corn and other grain.”

McLoughlin implore Ogden to formally marry his Metis wife, but Ogden refused on the grounds that such a ceremony was worthless in light of the proof of their long time commitment that had resulted in children.  Upon his death, the problem with inheritance was solved by an intervention by Simpson himself, who served as executor to Ogden’s will and ensured that his family at FV was provided for.

Information about brigades, Pages 128-144
Trappers could trap a 1000 beavers in a day.  3000 furs was considered a successful expedition.  British and American trappers were at odds with one another over the fur trade.  British used snow shoes during trapping.  Americans did not have them and the British were commanded not to trade any to the Americans so that Americans could not use them to improve their ability to reach good trapping areas.

An account of women on brigade and particularly of Ogden’s wife, Page 135
Francis Victor’s book, The River of the West:  Life and Adventure in the Rocky Mountains and Oregon (Hartford, 1870) provides an account of women’s contribution in the fur trade and particularly on brigades.  Mountain Man Joe Meek tells the story related in Victor’s book of Ogden’s wife who runs into the American camp to save her child who is left on a horse that had wandered into the camp.  While retrieving her baby and horse, she saw that many of HBC’s horses carrying beaver fur on them.  In front of the American trappers, she grabbed up her horse and the packhorses and took off for her own camp.  The Americans at first threatened to open fire on her but seeing her “pluck” and “bravery,” they let her go unharmed.

Discussion about specific women, Pages 195-197
Catherine Sinclair, granddaughter of McLoughlin, married a HBC man, Chief Trader Frank Ermantinger (Francis).  He was given charge of a fur store in York on Hudson Bay in 1846, leaving his wife behind.  She rejoined him “by way of some brigade ‘or any canoe or liberty.”’

Good description of FV, Page 84
Jason Lee, in 1834, heard Nat Wyeth talk about FV “its rich farm lands, the fertile well-watered Willamette Valley on the south side of the Columbia just waiting for settlers.”

Page 86
FV was already getting a reputation for being a place to settle, offering “the white man’s way of life.”

Interesting anecdotes about the Fort and Village, Pages 90-
Wyeth’s party visited FV in 1834 arriving at the Fort on September 16. A good description of the finery inside the stockade.  The mention of the houses with “planed boards turned out by the company’s own sawmill” corresponds well with the houses in the Village.  Visitors arriving by way of the river met by the sound of bagpipes is also intriguing. An anecdote on page 92 about “half-breed and Kanaka servants, clad in livery designed by Dr. McLoughlin” provides information about the connection between the Village men and officials as well as the bias toward the Villagers.

Page 94
The sound of Indian drums coming from teepees “outside the stockade, and the chant of red-skinned gamblers crouched around a small campfire” seems out of character for the descriptions of the Village that I have read.

Page 95
Detailed description of the wives of HBC officials
“Grouped around the factor’s residence stood more than a score of small, neatly built log houses. . .  .  A few Indian women, some accompanied by their children, walked about inside the stockade, or went to visit their relatives in near-by teepees.  These women looked quite different from the buckskin-clad, gaudily ornamented young females Captain Stewart had seen at the two rendezvous he had attended.  Still less did they look like the old women who did the camp drudgery.  These women were neat and clean.  They walked proudly, their demeanor modest and dignified.  Thick braids of black hair hung down over red and purple shawls that only partially concealed dresses made of silk or velvet, cut in the latest fashions of Montreal or London.  Now and then there appeared on a finger of a brown hand a beautiful jeweled ring that had not been designed for trading purposes.  In only one particular did these daughters of the forest and river maintain their own style of dressing.  They would not give up their comfortably embroidered and beaded deerskin leggings and moccasins.”

The reason given for why wives did not dine with the men, Page 96
The women did not know “proper table manners.”  Narcissa Whitman is credited with teaching them how to use utensils and napkins.  According to the author, the women began to eat with their husbands once they acquired dining etiquette.

Pages 119-122
Women physical looks were generally described in very negative terms and accorded less respect than men from their tribes.  The author attributes this bias to the fact that the fur traders and trappers were judging beauty by Western and European standards.  Interestingly, Cree and Ojibway women were seen as “the fairest” (121) and “most comely” (122) .  The drudgery of Indian life was seen as a factor that contributed to the lack of beauty.

Assumptions about Indian women’s hardiness, Page 126
Native American women are described as having superb hardiness, especially in the area of giving birth.  They are described as being able to work up to the moment of childbirth and getting back to work after.  This trait was seen as “Divine Providence” making her suitable for “her miserable life.”