Many Visitors in August Making Progress with Curlew 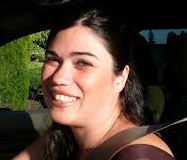 We are pleased to announce that team-member, Amalia Vacca, was awarded one of the two  Fuentes-Kirk Awards just announced at WSU.  Vacca is working to develop the multimedia book (called an “AppBook”) that is for use by scholars and educators to produce an interactive, immersive environment for teaching scientific concepts relating to chemistry to students from middle school through college.  This award comes with the largest gift of those given out to WSU students: $1500.

According to Shelley Pressley, director of undergraduate research, a program in the Office of Undergraduate Education, 25 WSU undergraduates working with faculty mentors on “research, scholarship, and creative activities” have each received $1,000 awards to support their efforts, announced

“This year’s award recipients have in mind, or are already working on, a wide variety of research, scholarly pursuits, and creative activities, and we are pleased that so many freshman and sophomore students will be able to launch their first projects with the help of this funding,” says Pressley.

130 students competed for 25 awards.  Three awards went to students at the Vancouver campus.  Moreover, Amalia is the only major coming from the Arts side of the the College of Arts and Sciences to be awarded a scholarship.  We are proud of Amalia for showing such excellence in light of such intense competition and are equally proud of the strives the CMDC program,  its scholars, and partners have made to make a positive mark on the university.