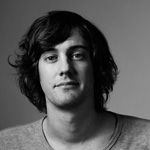 About the Artist
Andreas’ early career included working as Rich Media Director at the world renowned design studio Hi-ReS! for 5 years before founding Nanika together with Hi-ReS! founder Florian Schmitt, to create a company focused on up and coming technology. On top of his contributions to various award winning projects while at Hi-ReS!, in 2005 he was awarded the prestigious Tokyo Type Directors Club Grand Prix for his piece “For All Seasons”, the first and (so far) only interactive piece to receive the Grand Prix. In 2007, his pieces “Wind” and “SwimmingMessageSystem”, created for Nokia’s Flagship Stores were selected by Wired magazine to go on display at the yearly Wired NextFest festival. In 2009, Nanika worked on a groundbreaking mix of interactive and video visuals for Diesel’s S/S 09 show in New York. A well known figure in the digital art scene, Andreas takes great delight in pushing the boundaries of digital expression. 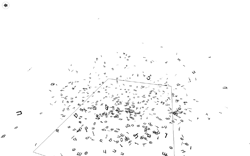 About the Literary Work
“For All Seasons” is work for mobile devices about memories, seasons and using the elements of the textual representation of the memory to create an interactive one. This is the result of over a year of late nights and weekends and the desire to completely disregard implementation and my current skill level when thinking up the concept for a piece. Naturally much of the time was spent scratching my head and had I done it again now I would probably finish it in a much shorter time, but this is also a reason why I wanted to do it, the next time I make something I might get that extra bit closer what is in my head. You know what they say about aiming for stars and hitting treetops.