10 Things I Learned about afternoon: a story

Posted on May 4, 2016 by Dene Grigar | Comments Off on 10 Things I Learned about afternoon: a story 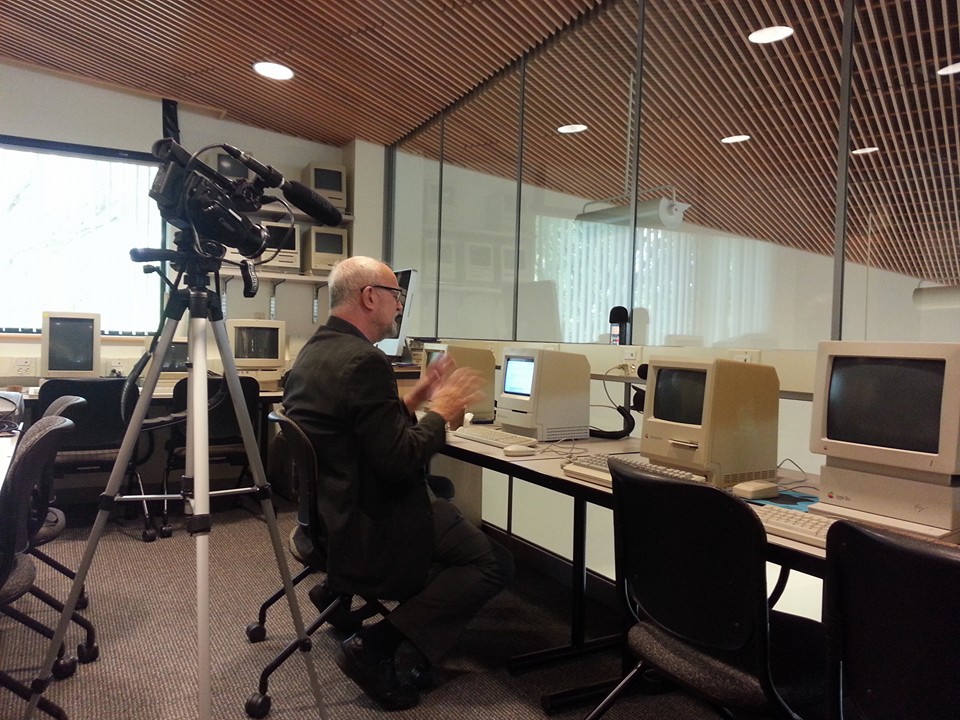 Michael Joyce conducting a practice Traversal of <i>afternoon: a story</i>

As I wrote on ELL’s blog this morning, we hosted noted e-lit authors and theorists Michael Joyce and Carolyn Guyer yesterday in the lab. Joyce read from his 1987 hypertext novel afternoon: a story, and both he and Guyer talked about their involvement in the early development of the field. Additionally,  Joyce and Guyer walked the audience through items from both Marjorie Luesebrink’s and my archives and provided background and context on the works and events they represent. We documented over two hours of conversation and plan to include it in the upcoming Pathfinders, Volume 2.

Here are 10 things I learned about afternoon: a story yesterday. You may already know this information, but after years of studying the work and Joyce’s theories myself, it was new to me:

All of these comments will appear in the documentation video. As we did for Pathfinders, Volume 1, Stuart and I will make the rough cuts of the videos available as soon as possible.