Posted on January 15, 2016 by Dene Grigar | Comments Off on Traversal & Interview Completed 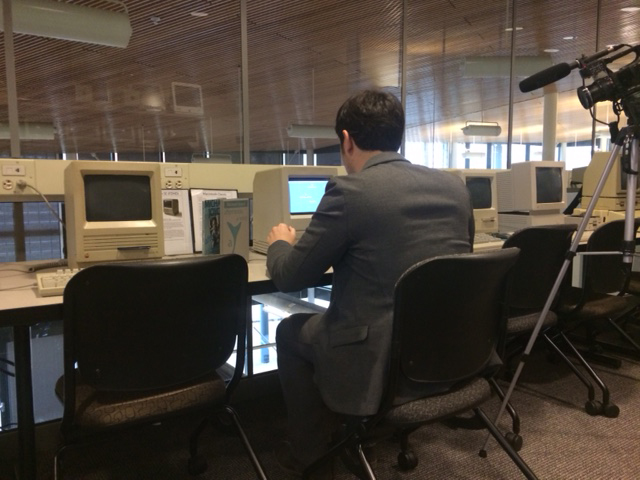 James O’Sullivan’s Traversal and Interview of Michael Joyce’s afternoon: a story––like the others that Stuart and I have done for the other early works of e-lit––provided some treasures. Here are a few from James:

My favorite comment, though, was his response to the question, If you had to use a metaphor or analogy to describe this work, what would you choose?. His response was one I had not yet heard used for hypertext literature: a Rubrik’s Cube––the idea that the reader reorganizes many little cubes, puzzling over them, arriving perhaps at a larger concept.

We plan to have rough cuts of both ready next week. They will debut in Barcelona at the end of the month.